The recent scrum of noise and theatrics on Mills Avenue is what happens when jarring sonics and avant-garde intent collide. Chicago duo Mkot Pt. (say “make-out point”), for example, were a free maelstrom of noise, jazz and classical – basically the enemy of convenient pop music. They were haunting, heady and conceptually thick.

Miami acts I’m Your Knife and Two Coin took three discrete sets of material (both individual and collaborative work) and executed it all live as essentially a single performance suite. 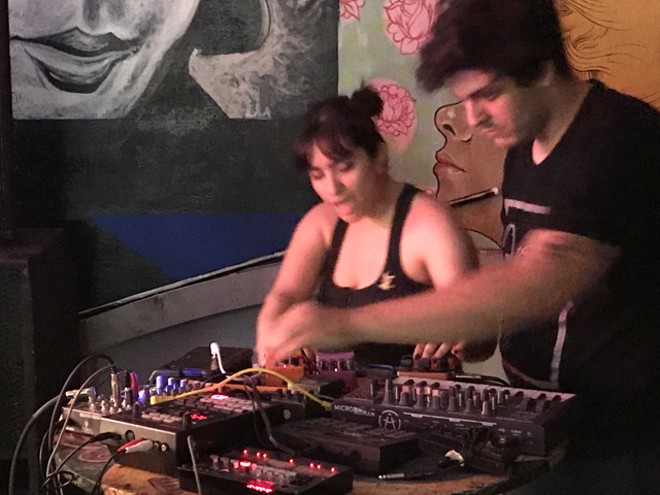 Since their sounds and sensibilities are sonic kin, the movement between passages was remarkably natural. For noise music, their language was notably legible with a rhythmic spine. Once the beat groove was struck, it thundered like a train under siege, an oncoming rumble occasionally ripped by side blasts. With an advance that pounds the dome and pierces the ears, it’s like outsider techno for noise freaks.

Making their Orlando debut, Austin’s Think No Think – who’ve been recorded by the Black Angels’ Alex Maas – were the only remotely conventional rock band of the bunch. 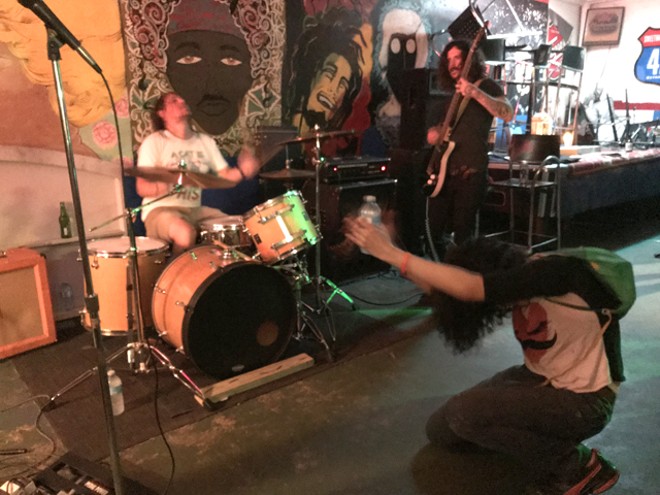 Still, their execution was much weirder live, dispensing with the classic tendencies on some of their recordings for a purer, more feral and less referential attack that packs a lot of punk and noise but still throws off rock & roll animalism.

But despite the least amount of gear by far, local duo Joy Lane delivered one of the night’s most riveting and consuming performances. Never mind their pleasing, innocent moniker – their raw electronic music is a primitive death dance, a writhing throb stabbed by peals of scream.

But basic though the sounds are (it doesn’t get much simpler than a single keyboard on a beer carton and some pedals), the totality of their visceral live performance oozes shock and Iggy Pop physicality. It’s a thrillingly hungry show of transgression and subversion. 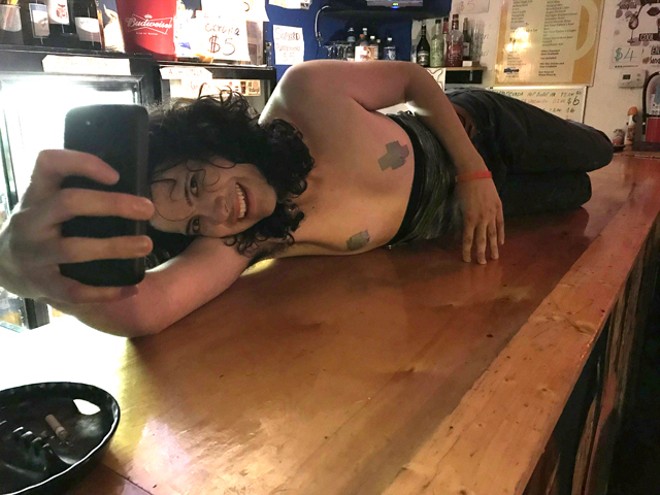 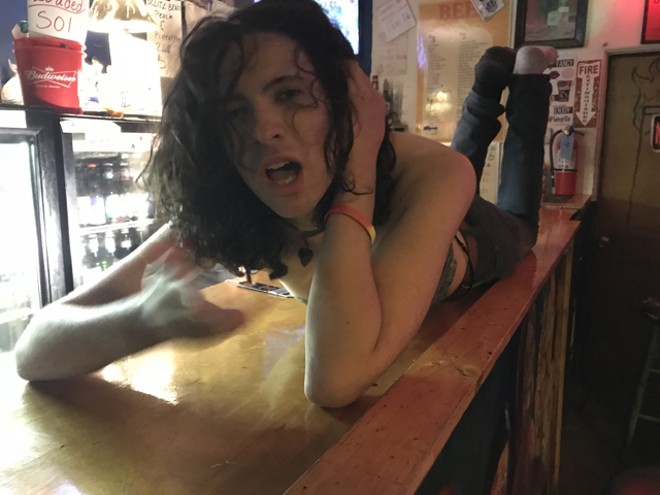