Right now, it would appear that just about every inch of Florida's coastline is dealing with something awful.

Earlier this month, more than 600 people were treated for jellyfish stings in a single weekend at Volusia County beaches. Since then, a grand total of 3,200 stings have been reported.

Down the Atlantic coast, some beaches are covered in a thick blanket of seaweed. The University of South Florida's Optical Oceanography Laboratory recently recorded more than 1,000 miles of sargassum seaweed covering South Florida waters via satellite photos. The Sun-Sentinel reported that tourists and residents in Delray Beach have been seen wading through the gunk, despite the risk of getting scratched or catching sea lice.

On the other side of the peninsula, the west coast is plagued by a bout of red tide, a harmful algal bloom that produces toxic chemicals and affects both marine and human life. High concentrations of red tide are cause for concern, but the organism's growth is natural in the Gulf of Mexico. 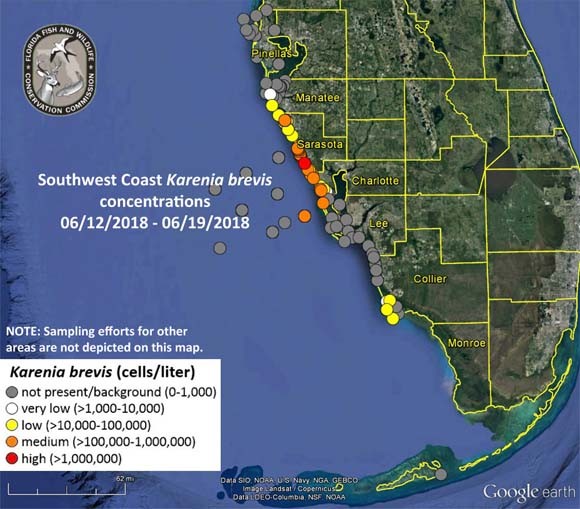 So before you pack your car up and head to the beach this weekend, do yourself a favor and look up the beach conditions.