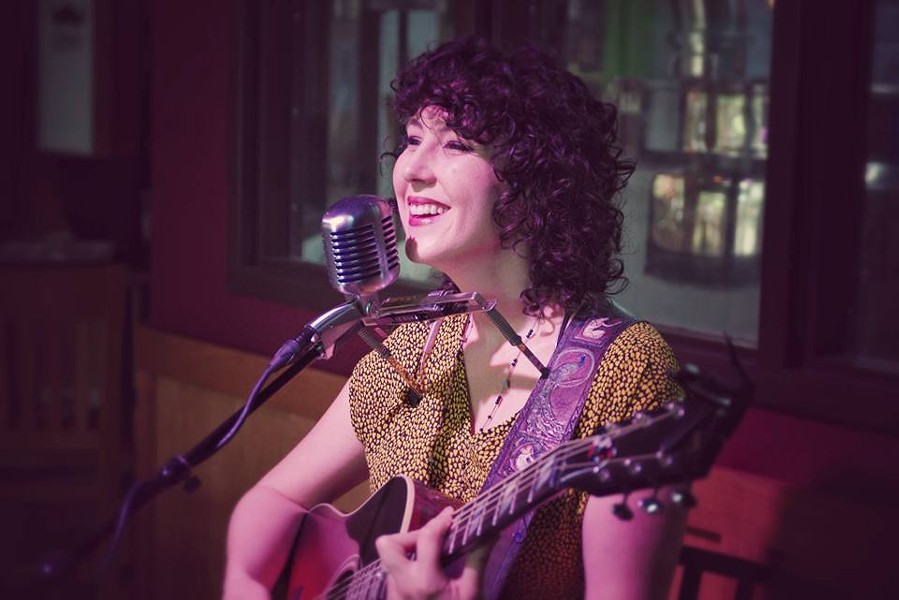 Welcome to Orlando Weekly's "Band of the Week." Every week, we highlight one of our favorite local bands. This week, we're pleased to bring you Lauren Carder Fox.

When did the band form?
In 2001 I played my first open mic at a Barnes and Noble in Oviedo. I’ve played original music in different variations and groups since then: Lauren Carder & The Multiple Me (eventually changing to Multiple Me), The Mud Flappers, BellaSutra, and June 3oth at Orlando Brewing will be my first all original show as Lauren Carder Fox.

What are the band members’ names & which instruments do they play?
This will be my first show with two incredibly talented musicians: Amanda Adair on harp, and Daniel Anderson Berry on drums. Daniel Berry actually happened to be at my first show at that Barnes and Noble in 2001, and has been a huge supporter of my music ever since. My good friends Jean and Carole will also be backing me up by singing angelic harmonies.

What are your currently available releases?
I released my first full-length album as Multiple Me in 2016. It was produced by Justin Beckler, and features Hurley Partin Whitaker on drums, Paul Tugwell on lead guitar, and Justin Beckler on bass. It was funded by a horde of awesome and generous friends and fans through a Kickstarter campaign. Through the Kickstarter, we were also able to raise money to fund a music video directed and edited by Blake Cortes.

What are your upcoming shows in the next 3-4 weeks?
I quit my job over two years ago to play music full time, so I gig about 3-7 times a week. Most of my shows are cover shows (which I still thoroughly enjoy!), but I am really excited to start booking some more all original shows. The first all original show I have coming up is at Orlando Brewing on Saturday June 30th. My other upcoming shows are:

What has been your most memorable show so far?
When I was playing with The Mud Flappers we had the chance to play two shows with one of my favorite bands: Larry and His Flask. I had never seen them before live and had listened to their music so much that I practically had every nuance memorized of their songs. I was a total fangirl. When I met them I was surprised by how warm and authentic they were. I had the time of my life, cranking up the mosh pit and nearly losing my voice from singing along to their raucous folk-punk tunes.

Which local band is your favorite one to play a show with? Why?
It’s been a long time since we’ve played a show together, but I’d have to say that my favorite artist to play with is Kelly Craven. When I started playing original shows in the mid 2000’s we would always book gigs together. His music is so raw and powerful, with poetic and profound lyrics. His voice projects to fill the whole room, and he has practically worn an extra hole in his guitar from how hard he plays that thing. The first time I saw him play I instantly felt connected to his music. It was like we were tapping from the same creative source. He was actually the one that gave me the idea for my name, Multiple Me. After a show once he came up to me and asked, “Lauren, do you realize that you argue with yourself in your songs? One perspective emerges, then another, an epic battle ensues, and at the end of the song they resolve.” I was like, “Yeah, I guess you’re right!” If you ever get the chance to see him don’t miss it.


What description gets used for your band that you would most like to correct people on? Why?
A lot of people knew me from the fun, folky band: The Mud Flappers. I think people expect my original music to be similar, and it’s really not. My debut album as Multiple Me, “little light”, couldn’t be further from the sound of the Flappers. It’s full of struggle and fire, with hope peeking through the cracks. Esthetically it has a lot of edge. Those songs I wrote in a very turbulent time. I now have a lot more peace and stability and am excited to share the music I’ve been writing in this different stage of life.

What’s your favorite thing about being an Orlando band? What’s your least favorite? Why?
As a full-time, gigging musician, I love Orlando because there is a lot of work with Disney, Universal, hotels, corporate events, restaurants, etc. Although, these venues typically want happy, entertaining music, always upbeat and fun. This can be sometimes be creatively stunting. It seems to instill this idea that music always has to make people feel happy, and most of my original music doesn’t fit in that box. I believe music is a tool to feel the full range of emotions. Some of the most meaningful experiences I’ve had with music are ones that help me deal with pain, loss, or overcoming difficult experiences. Even still, I keep playing cover gigs because I love to help people feel joy and have a good time.

As far as the original music scene in Orlando, I haven’t had the chance to really be involved as much as I’d like to because I’m busy playing cover gigs to pay the bills. I’ve decided though to really work on getting out to shows as well as playing more original shows, because I just love our diverse and talented creative community.

The Heard band of the week Lauren carder fox Video