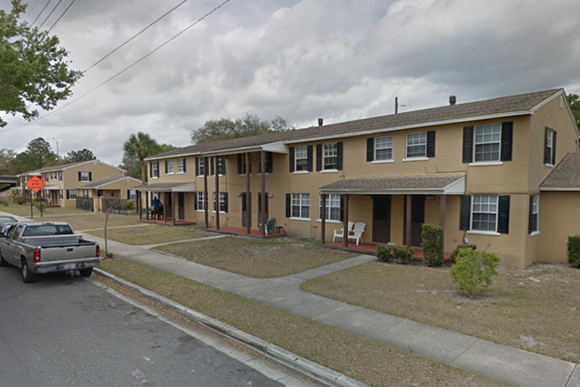 The Orlando Housing Authority will hold a hearing Thursday on a plan to demolish Griffin Park, a public housing complex in Parramore where about 300 residents live.

The hearing will be at 2 p.m. Thursday, June 28, at 325 N. Hillside Ave., near the housing authority's headquarters at 390 N. Bumby Ave. People who are driving to the meeting can park their vehicles at the Bumby location and walk to the Hillside address.

Built in 1941, Griffin Park is a registered historical landmark in Orlando – the housing complex "exemplifies Post-Depression era attitudes towards segregation and represents low-income housing for the city’s black residents," according to the Library of Congress. Segregationist policies allowed Griffin Park to be completely surrounded by highways – the public housing complex is encircled by the Interstate 4 and State Road 408 interchange.

Griffin Park residents have had to deal with mold, rats, mildew and the health effects of air pollution.

The demolishing of Griffin Park is still in the early stages, and it will likely take some time before residents move out and the buildings are torn down, WKMG 6 reports.