With two new rides, a new longer queue for Toy Story Mania, and a new counter-service dining option, Toy Story Land adds some much-needed novelty to the park that has only had four to five operating rides in recent years, but this is just the beginning of the dramatic changes Disney has planned.

When Disney announced the new Toy Story Land, they also announced another new land for the movie-focused park. Star Wars: Galaxy’s Edge is widely believed to be the most expensive and detailed theme park land ever built. Both of the rides in the land will be two of the most technologically advanced rides ever conceived. Just next to the land will be a new hotel that will offer multi-day role-playing experiences within the Star Wars universe.

While the new Star Wars land and hotel are easily the most anticipated additions to Hollywood Studios, this is just a small part of the changes heading to the park.

Ahead of the late fall 2019 opening of Stars Wars: Galaxy’s Edge, the park will debut another cutting-edge ride. Just like with Toy Story Land and Star Wars: Galaxy’s Edge, the new Mickey & Minnie’s Runaway Railway attraction will help shift the focus of the park, as described by the Disney Imagineer overseeing the transformation, Scott Trowbridge, from being “behind the scenes to in them.”

The new Mickey Mouse ride, the first ride for the famous mouse, will use a groundbreaking form of projection mapping in a technique Disney has deemed “2 and a half-D” thanks to the 3D-like video effects that are achieved with no 3D glasses required. Replacing the now-closed Great Movie Ride, the Runaway Railway ride is expected to open by late spring 2019, roughly six months ahead of Star Wars: Galaxy’s Edge. 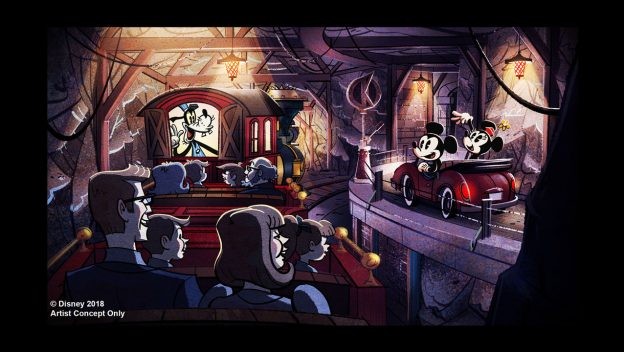 Disney also just announced a Cars-themed interactive show that will open the Sunset Showcase Theater, the black box theater Disney recently built. Few details have been given about the new Lightning McQueen’s Racing Academy show, but it’s believed to be a smaller show that’s more in line with a Disney Junior experience than a must-see show for all ages.

While all these additions are impressive, they will also all happen within the next 18 months or so, with years to go before Disney’s full vision of the reimagined Hollywood Studios is realized. At a media event this past week, Kathy Mangum, an Imagineer at Walt Disney World, spoke about each of the new additions that have been announced while also highlighting specific pre-existing attractions that are an essential part of the park. While she used the full and proper name for many of the attractions, when Mangum mentioned Indiana Jones, she never mentioned the specific show.

There have been rumors for some time of a new Indiana Jones ride heading to Walt Disney World, though an exact location has never been determined.

Rumors pointed to Disney looking at both the Animal Kingdom and Hollywood Studios as options. Now at least one insider is stating that Disney has decided not to move forward with the Indiana Jones theme at Kingdom. This means the Hollywood Studios Indiana Jones plans have a better chance of moving forward. That, coupled with the way Mangum spoke of the franchise at the recent media event, have many thinking Indiana Jones might be the next significant addition to the park.  The plans call for the current stage show, which has that old behind-the-scenes focus, to be replaced by at least one major new attraction, with a possible secondary attraction also in the works. 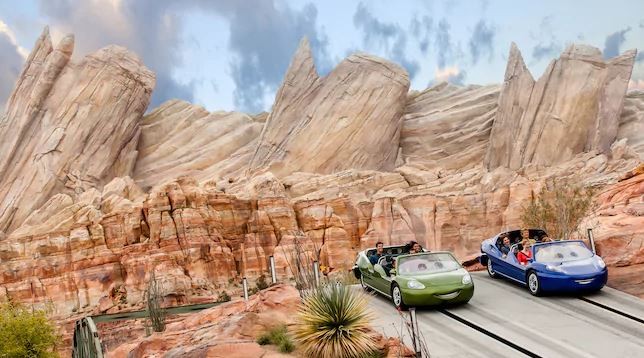 Indiana Jones isn’t the only rumored addition to the park. Many industry experts expect Pixar to have a larger presence in the coming years, though specifics on any Pixar additions outside of Toy Story Land and the new Cars show haven’t been announced.

Rumors include an East Coast version of Cars Land, an extremely popular addition to Disney California Adventure. It’s believed if Hollywood Studios receives a Cars Land it would be slightly smaller than the California version. The secondary attraction within Cars Land, Mater's Junkyard Jamboree, is essentially the same attraction as the recently opened Alien Swirling Saucer in Toy Story Land so if built the Hollywood Studios version may only include the Test Track-like Radiator Springs Racers attraction. When announcing Toy Story Land Magnum pointed to Cars Land as one of the primary sources of inspiration.

Other rumored additions include new lands based around Monsters, Inc. and The Incredibles. Both of those rumors involve a retheme to Rock ’n’ Roller Coaster.

While all of the announced additions will open within the next 18 months, none of the rumored additions are expected to open ahead of the resort’s 50th Anniversary in 2021.