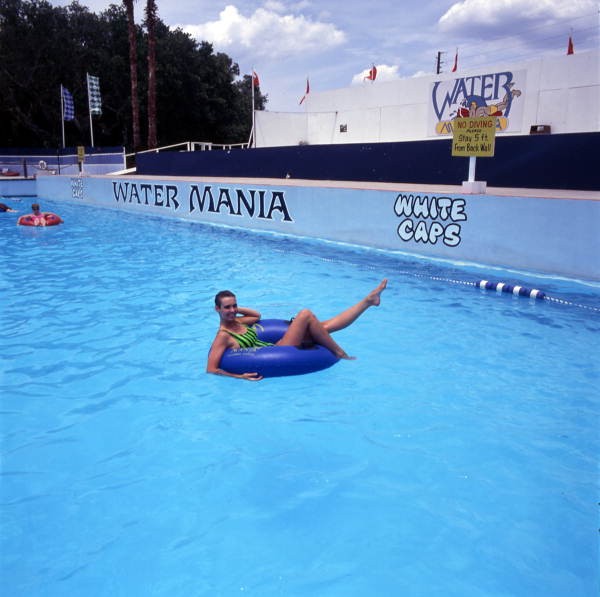 On the heels of The Florida Project comes another Hollywood-backed project focused on hard times in Central Florida.

YouTube Premium, formerly YouTube Red, has picked up a new dark comedy series called On Becoming a God in Central Florida, which is focused on a minimum-wage water park employee, Krystal Gill, who goes after a pyramid scheme that led her family to ruin.

Based in the 1990s, the series seems to parallel the heavy influence Amway has had on Central Florida, where various participants have built mansions and where the company invested heavily in sports branding, including the naming rights of Orlando’s basketball arena.

The early 1990s was also a time of big changes in Central Florida water parks, with three major water parks opening between 1987 and 1995, including two at Walt Disney World and Kissimmee’s Water Mania.

The single-camera comedy was initially picked up by AMC, but after they canceled it, YouTube picked it up for 10 episodes. The lead character, Krystal Gill, will be played by Kirsten Dunst, who is also listed as an executive producer for the series.

In her final interview before her untimely death following complications after hernia surgery, Suzanne Patmore Gibbs, former head of TriStar TV, which is producing the series, explained to Deadline that the lead character is “a truly delicious, sometimes diabolical female character — a dirt-poor, very fierce young woman who is relentless in her pursuit of the American dream inside of an Amway-like company.”

Dunst is also listed as an executive producer for the show. She'll be joined by George Clooney and Grant Heslov, who are also listed as executive producers via their Smokehouse Pictures company. Last year it was reported that the new series was looking to film in Central Florida, but no specifics on filming locations have been shared. Other Central Florida-based shows, including ABC’s Fresh Off the Boat and Hulu’s Hotwives of Orlando, have opted to shoot in Los Angeles.

Becoming a God in Central Florida is one of the first Hollywood-backed television series picked up by YouTube Premium, which saw success recently with their Karate Kid-inspired series Cobra Kai. Much of YouTube's original content in the past featured YouTube stars, like Logan Paul and Gigi Gorgeous. That has changed, with YouTube now focusing on bringing more mainstream content to the platform. Jordan Peele and Lance Bass are both committed to YouTube projects.

The Lance Bass-produced The Lou Pearlman Project will likely have a strong Central Florida focus, as well. That film, also with no release date yet to be announced, will include interviews from members of various Lou Pearlman-produced groups including *NSYNC, Backstreet Boys, O-Town and Take 5.

Both Florida-focused projects are expected to premiere on the streaming service next year.