As countless malls struggle to survive amidst the latest "retailpocalypse," Lake County has been home to one of the region’s most ambitious rebranding plans.

The Lake Square Mall has seen a number of changes over the past few years, including changing its name to Via Port Florida, which never really caught on. After years of struggling, the mall was purchased in 2014 by an investor who quickly sold it to Via Properties, a Turkey-based developer who specializes in the hospitality industry. Via Properties rebranded the nearly 40-year-old mall to match their other properties in Turkey.

Talk of the mall being the first of numerous investments by the firm spread, while the developer began a makeover. A new 8-story-tall LED sign along Highway 441 beckoned to passing cars. Inside, the closed Target store became a family entertainment center with an arcade and bowling alley. Leesburg officials claimed Via Properties was here to stay. But the positive outlook didn’t last long. 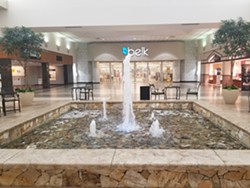 New lighting, water features, and a mix of community-focused tenants including an alternative school, a dance studio and a Lake County Sheriff's Office office didn't help bring life to the mall. The Sheriff's office sits empty most of the time, the only sign of life a single television set playing Fox News hanging on the wall.

Within months of the new arcade opening, it was clear that the mall needed a lot more. The arcade was nearly empty many days and the mall’s pothole-filled parking lot was being used by a nearby car lot for their stock overflow. Via Properties sold the mall in October. At the time the mall had a 22 percent vacancy rate. 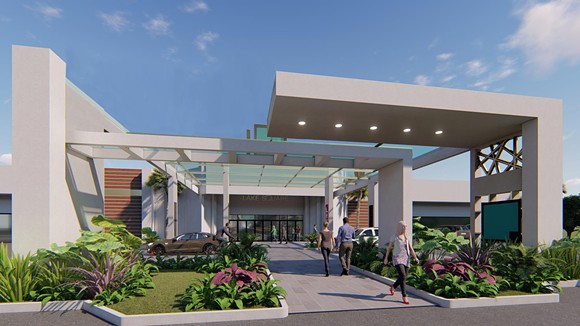 Just a few weeks after the purchase, the City of Leesburg approved a new grant program to help area businesses, and the mall’s new owners – the third in four years – were pushing for the grant. Ultimately the city approved a half-million dollars of city funding for improvements to the outside of the mall. The new owners promise a covered drop-off area, covered walkways and new facades in what they estimate will be a $5 million remodel. The new upgrades would also include updating the landscaping and constructing a glass-enclosed signature entrance feature.

Even with the millions in upgrades that have already happened, there's at least one major issue at the mall, and it's one that has plagued it for years: the mall's infamous leaky roof.

For decades tenants have dealt with leaks. One of the biggest happened back in 1997, a massive 8 P.M. closing that the rest of the mall has.

Related Fashion Square Mall is too big to live and too big to die. What does that mean for its future?: Mall or nothing

Fashion Square Mall is too big to live and too big to die. What does that mean for its future?
Mall or nothing
By Xander Peters
News

Now the owners have announced even more updates to the mall, including more than two dozen new stores slated to open in the coming months and an ice skating rink that promises both skating opportunities and shows.

The updates have the mall focusing even more on families with entertainment offerings ranging from electric go-karts to a chocolatier to the aforementioned ice skating rink, which will feature the Chalet at Wonderland – a dining option for those who just want to sit and enjoy watching the skaters.

Despite all the updates, the new owners promise this is just the beginning. Future phases, expected to top $26 million, will include even more additions and the construction of nearby residential properties, they claim. No timeline on those updates has been announced. 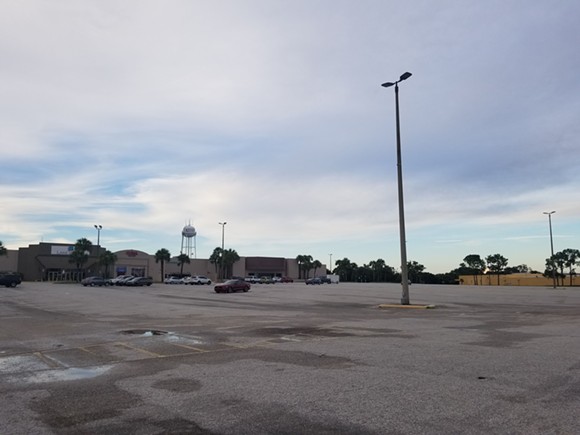