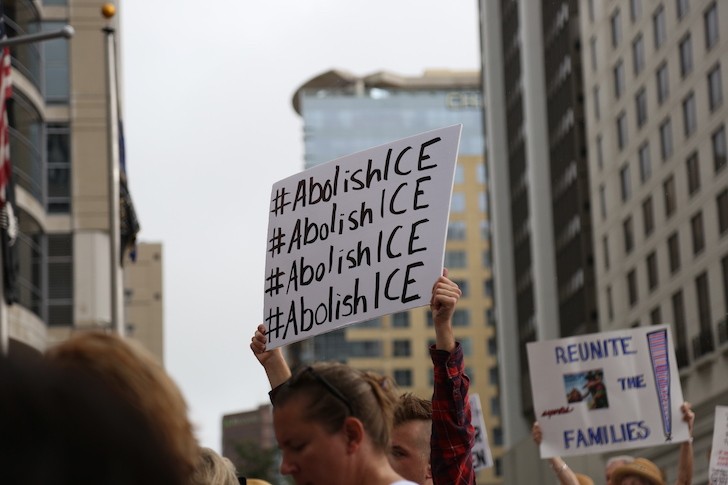 Editor’s note: This story has been updated to better reflect the source of Mike Miller's comments.

Sturgill, who apparently enjoys rhymes, says his "Mix-the-Mortar-to-Fix-the-Border Plan" would force undocumented immigrants to pay $2,000 toward building a border wall with "big, shiny solar panels" as restitution for their "crime against American sovereignty." Sturgill calls this grand idea the "secret sauce" that will help him win over the conservative base in a district that stretches from Sanford to Winter Park and downtown Orlando.

In a press release sent to Orlando Weekly July 10, Sturgill says 11 million undocumented people paying $2,000 each would generate the $22 billion needed for Trump's wall, and they can afford it because they are already sending that amount back home to support their families. To calculate this payment, Sturgill cites a Brookings Institution estimate that says Mexicans living in the U.S. send back $24.8 billion in remittances in 2015. Sturgill's math is off, though, because the estimate includes money sent back by U.S. citizens and legal residents.

"The Democrats want to abolish ICE – I want to double it," Sturgill said in a statement. "And the people in our country illegally should be paying for it, not hard-working, law-abiding taxpayers. This plan will not cost actual Americans a dime. The illegals broke it, so they should pay for it. My plan will save billions on welfare, education, enforcement, prosecution, adjudication, and incarceration going forward."

Sure, Jan. Interestingly enough, it wasn't too long ago that Sturgill seemed to be on the opposite side of the issue. In a May 27 interview with Spectrum News 13, Sturgill said he was in favor of giving undocumented immigrants time to "get their ducks in a row" and start the process of becoming legal residents, according to Florida Politics. Sturgill said:


"I think 99 percent of the immigrants who are here are just trying to make things better for their family.

"Did they come here illegally? Yes. But should we hold that against them? No, again, I think we need to look at the whole issue in broad.

"Are they creating valuable services that we need as a country? Yes, in most cases they are.

"So, my proposal would be give them three months to get their ducks in a row, get going through the process – because the immigration paperwork process is a long time, it’s an 18- to 24-month process. Let’s find out some kind of a penalty that they’ll have to pay and then let’s let them try to achieve the American Dream."

On June 4, Miller called out Sturgill for supporting "amnesty" to undocumented immigrants, according to Florida Politics. After Sturgill sent out a press release on July 10 with his "Mix-the-Mortar-to-Fix-the-Border Plan,” the Miller campaign set up a website called "The Sturgill Files" that says his opponent has proposed a plan to "grant amnesty to millions of illegal immigrants."

In the battle to see who could be more of an asshole to undocumented immigrants, Sturgill says his plan would "permanently ban illegals from ever seeking amnesty or a path to citizenship.

"American citizenship is a privilege, not an entitlement," Sturgill said in a statement. "The point here is ultimately about security, knowing exactly who is in our country. Immigration should be safe, legal, and merit-based."

Many progressive Democrats across the country have started calling for ICE to be abolished, including Chardo Richardson, who is running against Murphy in the Democratic primary. A spokesperson for Murphy has said that ICE is clearly in need of "significant reform," but the congresswoman doesn't seem on board with abolishing the federal agency.

"Abolishing the agency charged with executing the administration’s misguided policies won’t change the policies," Murphy spokesperson Christie Stephenson said. "It is the policies, and the people making them, that need to change."

"As an immigrant and former national security specialist, Stephanie Murphy believes that we can keep our nation safe while remaining faithful to our values – values that allow families to come here, work hard, and pursue a better life," Stephenson said in a statement. "The Republicans running in the 7th district primary are so desperate to appeal to the far right flank of their party that they are engaging in the kind of tired, partisan gimmicks that have shamefully prevented any meaningful progress towards immigration reform."