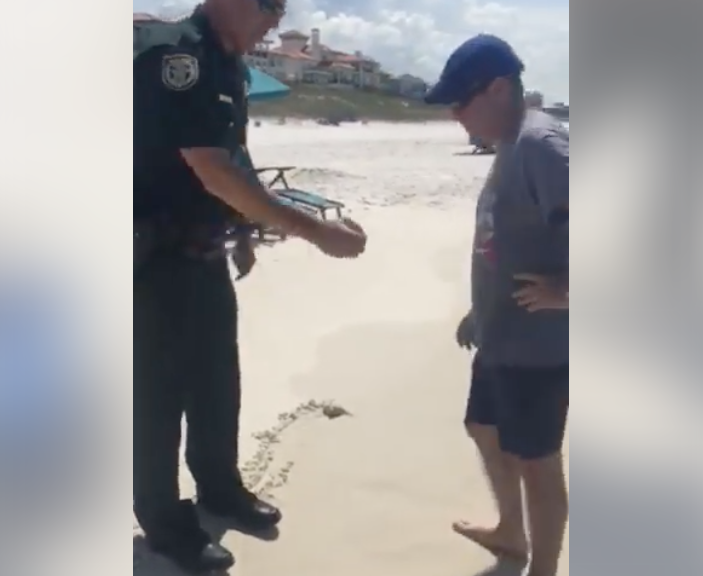 In the video, recently uploaded by Daniel Uhlfelder of Santa Rosa Beach, beachgoers can be seen arguing with deputies with the Walton County Sheriff's Office over which wet or dry parts of the sand constitute private or public property.

The video shows the officers incorrectly saying the public beach starts where the waves hit the sand, which is beyond false.

"Can you show me where the private property versus the public is? Can anyone show me?" asks the beachgoer in the video. The officer states, "For the sake of our discussion ... it's the wet sand."

The officer then walks down to the water's edge and marks a line where the waves hit the shore, essentially telling the beachgoer he has to sit in the ocean.

The problem is that there's no way for the average beachgoer or tourist to know precisely where these parcel lines exist, which is why Scott issued the executive order on July 12 ceasing enforcement of his own law that went into effect on July 1.

Essentially the law made it harder for local government to establish "customary use" access on private beaches where owners might put up "no trespassing" signs. 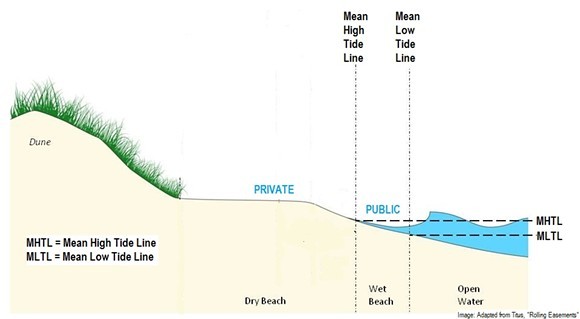 In Scott's executive order he says, "Unfortunately, the legislation has now created considerable confusion and some have even interpreted it as restricting beach access," Scott said in a statement. "I’m committed to keeping our beaches open to the public and this executive order makes this commitment clear."

At this point, it's unclear if the video was shot before Scott's executive order, or if the deputies in the video just didn't get the memo. Either way, this video shows exactly why the law is completely asinine.