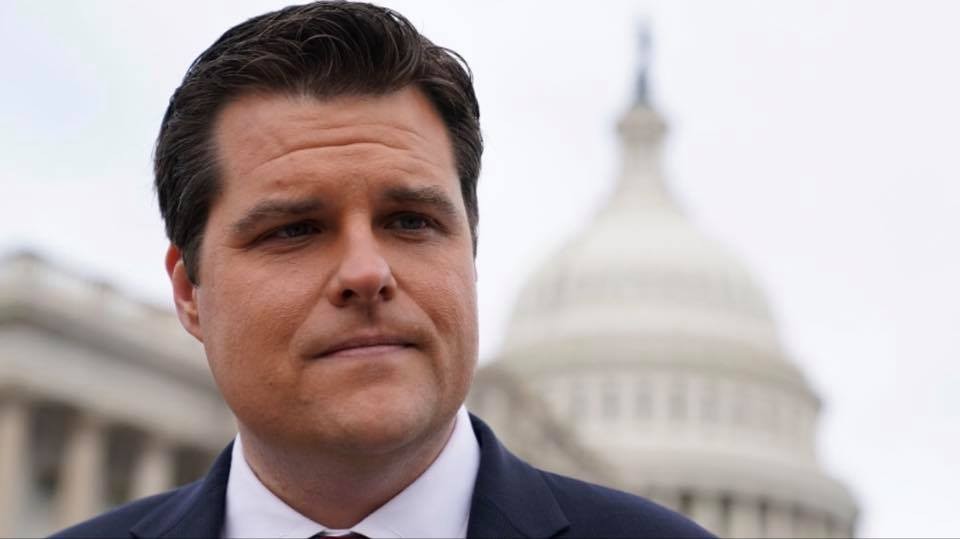 "I would not go back on Alex Jones' show," Gaetz told Buck Sexton and Krystal Ball, who co-host the show Rising.

"Upon further reflection, I think the things that Alex Jones has said and done are so hurtful to so many people that a member of Congress should not grace that platform and legitimize it," Gaetz continued, referring to how the website has called events such as the 2012 mass shooting at Sandy Hook Elementary School in Newtown, Connecticut, a hoax. (Jones is currently being sued by families of Sandy Hook victims for his comments.)

Known as a breeding zone for conspiracy-peddling Internet trolls, the Infowars website hosted Gaetz in January to discuss a then-classified memo by House Intelligence Committee Chairman and U.S. Rep. Devin Nunes. At the time, the memo, which accused the FBI of improperly using surveillance tools to spy on the Trump campaign in 2016, was being used to counter Special Counsel Robert Mueller's investigation into Russian meddling during the presidential election.

Although it's commendable to take a stand against platforms like Infowars, Gaetz is still no stranger to conspiratorial thinking. After all, we're referring to the same congressman who once filed a bill based on a conspiracy theory he saw on Reddit, and who's frequently appeared on Fox News in a series of relentless attempts to undermine Mueller's investigation.

Gaetz has also called to abolish the Environmental Protection Agency. He was the only person to vote against an anti-human trafficking bill. And, following the president's comments about "shithole countries," he's gone out of his way to say Haiti is filled with "sheet metal and garbage."