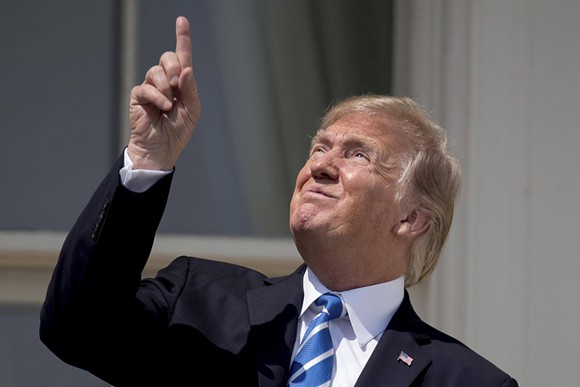 Anne Conway, an Orlando-area federal judge, was one of four signatures approving the FBI's request to wiretap Carter Page, a former adviser to then-candidate Donald Trump's 2016 presidential campaign, according to more than 400 pages of documents relating to Page's surveillance.

The Trump administration released the documents on Friday, following threats of a lawsuit from publications like the New York Times and USA Today to obtain them. The documents were heavily redacted.

As found in the records, Conway approved a warrant under the Foreign Intelligence Surveillance Act in April 2017. According to the warrant, Page, who was employed as a foreign policy adviser to the campaign, was allegedly working as "agent of Russia."

After Conway, a University of Florida alum, was nominated to the court by President George H.W. Bush, a Republican, she was confirmed by the U.S. Senate in November 1991.

According to a report from the Washington Post, the other three judges who approved the wiretapping of Page were also appointed Republican presidents – two by George W. Bush and one by Ronald Reagan.

In 2016, Conway was appointed to the U.S. Foreign Intelligence Surveillance Court by U.S. Chief Justice John Robert, a President George W. Bush appointee, on a rotating basis. According to the court's website, judges can serve a maximum of seven years, albeit in staggered terms.

The court – established under the Foreign Intelligence Surveillance Act of 1978 – is intended to examine applications by the U.S. government for approval of surveillance for "foreign intelligence purposes."

As if it's second nature at this point, Trump took issue with the information available within the documents.

In a fact-challenged Twitter rant on Sunday, the president sputtered:

So we now find out that it was indeed the unverified and Fake Dirty Dossier, that was paid for by Crooked Hillary Clinton and the DNC, that was knowingly & falsely submitted to FISA and which was responsible for starting the totally conflicted and discredited Mueller Witch Hunt!

....and the DOJ, FBI and Obama Gang need to be held to account. Source #1 was the major source. Avoided talking about it being the Clinton campaign behind it. Misled the Court to provide a pretext to SPY on the Trump Team. Not about Carter Page..was all about getting Trump.....

.....”Carter Page wasn’t a spy, wasn’t an agent of the Russians - he would have cooperated with the FBI. It was a fraud and a hoax designed to target Trump.” Tom Fitton @JudicialWatch A disgrace to America. They should drop the discredited Mueller Witch Hunt now!