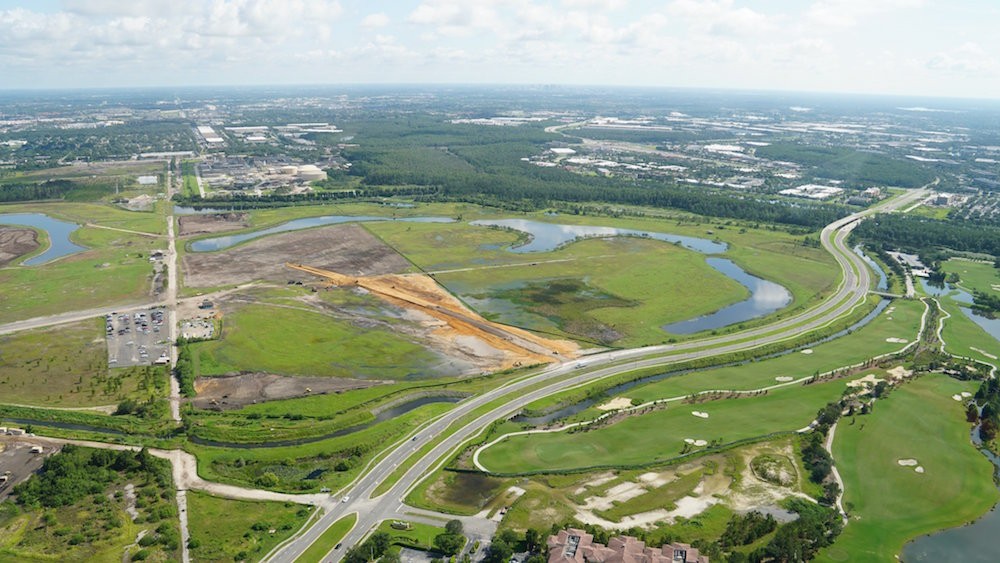 Despite Universal still not officially confirming the new park on their recently purchased southern property, we now know what the name of the theme park may be.

On a recent episode of the Disney Dish podcast, industry insider Jim Hill indicated he was leaning toward the DreamPark name, since the new park will likely include multiple DreamWorks franchises. But other industry experts, including Josh Young of Theme Park University and Alicia Stella of Orlando Park Stop, both known for the accurate reporting of recent Universal rumors, point to the Fantastic Worlds name.

Nintendo isn’t alone in the use of the term "worlds." Universal has recently moved toward using the term instead of "lands," most notably in the "The Wizarding World of Harry Potter" name.

Though not as strongly rumored as other lands, one of the possible areas in the new theme park may be one themed to the Fantastic Beasts films. This newer set of films is set decades before the Harry Potter films. While it's no secret that Diagon Alley was designed for a phase two expansion where the Fear Factor show is currently located, Universal may instead use some of the concepts slated for this second phase in a brand-new Harry Potter "world" within the new theme park.

The second of the five-film series is set to be released this November with the fifth film tentatively scheduled for 2024, just after the expected opening of the new Universal park. Universal will likely look to this year’s box office numbers to decide if they want to move forward with the larger Fantastic Beasts land within the new park. It seems as though this Fantastic Beasts world may replace the previously rumored Star Trek land.

The DreamPark name may still be used in the new park for a specific land. The yet unnamed rumored DreamWorks area is thought to have multiple DreamWorks mini-lands within it, similar to Magic Kingdom’s New Fantasyland area. Trolls, which was previously rumored for Universal’s KidsZone after Super Nintendo World shifted to the new park, may now be part of the new DreamWorks land. How to Train Your Dragon, Shrek, and Kung-Fu Panda are also believed to have mini-lands within this section of the new park.

During the discussion regarding the recent survey question on the aforementioned Disney Dish episode Len Testa, founder of Touring Plans and Disney marketing expert, pointed out that Universal's use of the term "dream" in their new park may cause Disney to limit their use of this word, which they have previously used in numerous marketing efforts. With the new Universal park’s marketing expected to be going strong during Disney World’s 50th Anniversary celebration, this ability to essentially steal away the word from Disney might prove to be too tempting for Universal to ignore.

An opening for the new park is expected to be announced sometime in the early 2020s, with permitting for the park being with Orange County within the next few months.