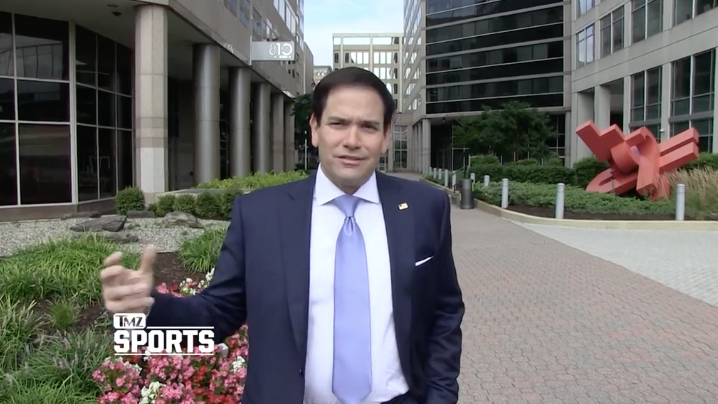 Marco Rubio, a Florida senator who once lobbed a football directly into a little kid's head, says he wishes he could just spend Sunday afternoons watching the NFL and not be reminded of the horrifying reality he helped create.

Speaking to TMZ, Rubio responded to the league's recent decision to suspend its ban on on-field protests during the national anthem by saying he wishes "sports were just about sports."

"I think most people are like me, and that we wish there was a place we could go to get away from politics, and for a lot of people that's Sunday afternoon in the fall. You know, being able to watch an NFL game without being stuck in the political realm," said Rubio, who apparently has never heard of Muhammad Ali, Jesse Owens, Jackie Robinson, Kareem Abdul Jabbar, Title IX, or literally any of the never-ending examples of how sports and politics are intertwined.

Clearly the senator deserves a mental break from things like voting for a tax plan he knew was trash, defending Trump's inhumane child separation policy, and telling the parents of dead schoolchildren that the NRA buys into his agenda.

Perhaps Rubio shouldn't be a politician if he doesn't want to think about politics? Just a thought.