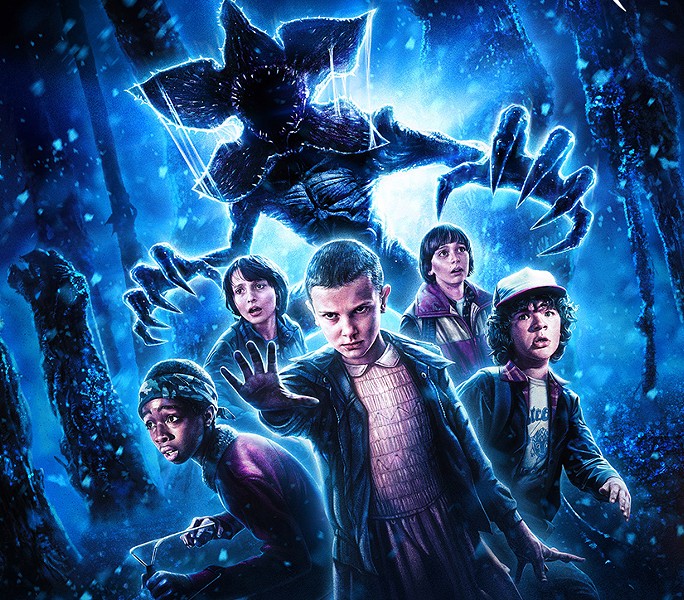 Universal is finally giving us more details about how Stranger Things and its upside down universe will be a part of the Halloween Horror Nights 2018 experience.

Back in April, The Netflix series was confirmed to be the source of inspiration for a maze at the terror-filled fall event in Orlando, as well as the Universal Hollywood and Singapore parks.

Today, Universal released in a press release details about what guests can expect in the scare-zone, including confirmation that Kyle Lambert, the series' official illustrator, designed the maze art.


The parallel universe, referred to as the Upside Down, that terrorized the small town of Hawkins, Indiana in “Stranger Things,” will bring the chittering, predatory Demogorgon to “Halloween Horror Nights” to stalk unwitting guests as they encounter iconic scenes, characters and environments from the mesmerizing series. Working collaboratively with Netflix, along with the creators and executive producer of the blockbuster series—Matt Duffer, Ross Duffer and Shawn Levy, the mazes will be authentic representations of “Stranger Things,” designed to transport guests into artfully recreated scenes and storylines. From the menacing Hawkins National Laboratory, under the U.S. Department of Energy, to the Byers home adorned with an erratic display of flashing Christmas lights and the eerie Upside Down woods oozing a shower of floating orb-like spores, the chilling new mazes will offer surprising twists and unexpected turns around every corner.

The maze, inspired by the first season of the hit show, will come to life at all Universal Orlando and Hollywood starting Friday, Sept. 14. The third season of the Duffer Brothers series is confirmed for a summer 2019 release.

A record 10 houses will be featured at HHN 2018, including Slaughter Sinema, Trick 'r Treat and Dead Exposure: Patient Zero. Confirmed scare zones include Revenge of Chucky and Killer Klowns from Outer Space.