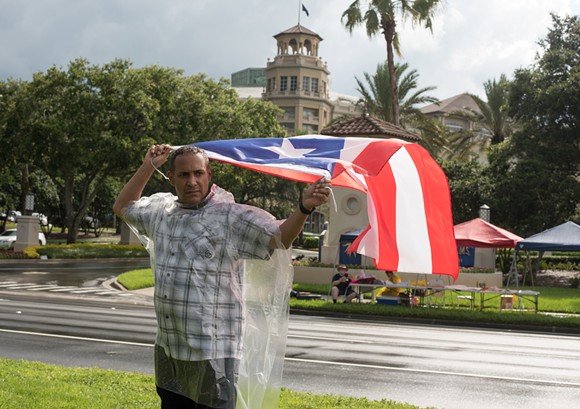 Puerto Rican families displaced by Hurricane María can continue using FEMA hotel vouchers until Aug. 31, according to a federal judge in Massachusetts.

Hillman's latest extension comes after hearing arguments in the case filed by Puerto Rican evacuees and LatinoJustice PRLDEF against FEMA. The evacuees allege the federal agency "arbitrarily, capriciously and unlawfully" cut off the TSA program for displaced Puerto Ricans eight months after María. Victims of other natural disasters were given more time and assistance, the lawsuit alleges. FEMA has said it will not comment on pending litigation.

When FEMA tried to cut off the hotel voucher program on June 30, about 1,200 Puerto Rican households who evacuated the island were using the program, including about 600 families staying in hotels across Florida. Another federal judge from Massachusetts barred them from ending the program in June, and Hillman has continued extending that original order.

LatinoJustice is also suing FEMA in a second lawsuit with the Democracy Forward Foundation and Center for Investigative Journalism in Puerto Rico for "failing to release records detailing information about its response to the disaster," a news release said.

"FEMA has tried to escape accountability, dismissing our information requests for nearly six months now and trying to ignore our FOIA petitions," said Carla Minet, executive director for the Center for Investigative Journalism, in a statement. "That agency is in part responsible for the slow and ineffective recovery process that we have documented and that people have experienced in Puerto Rico, and we want to discover why."