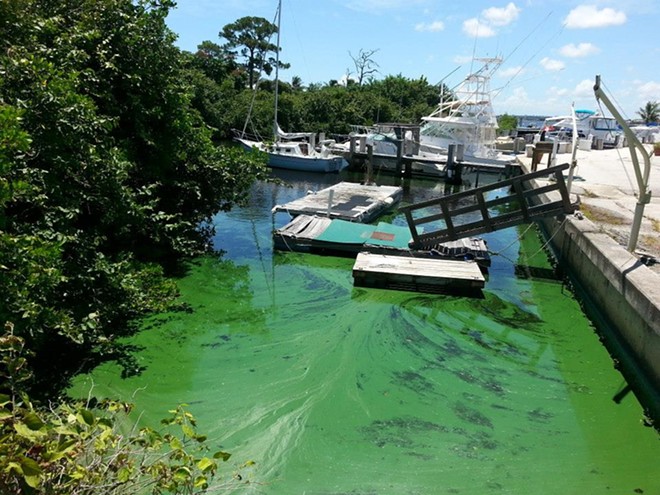 Erin Brockovich, a legal consultant known for her efforts in a landmark environmental case later turned into a movie, called out Florida Gov. Rick Scott and other state officials to do their "damn jobs" in regards to our state's toxic algae crisis.

In a Facebook post, Brockovich attached photos of dead manatees, and beaches filled with rotting fish to get her message across. "Omg!!! All you have to do is LOOK at these photos from Florida! To the Governor of Florida and to ALL the elected representatives of Florida... what are you doing?," said Brockovich in the post. "What are you thinking? Are you just really going to stand by and stand down and watch this destruction? You cowards! People are sick! The ecosystem, the marine life is dying! Do your damn jobs and get off your ass and help your people, your state, our environment. This is so wrong, at every level, that there are no words to describe it!"

Earlier this month, the toxic algae got to the point that Gov. Rick Scott declared a state of emergency on the west coast. A few days later, the White House announced it would allocate $1.6 billion in federal funds to build a reservoir to help keep contaminated water away from Lake Okeechobee, which residents blame for the growing toxic algae.

The state was also blamed for its failure to warn residents of the severity and danger of the algae blooms.

The legal researcher is best known for the autobiographical film Erin Brockovich, starring Julia Roberts. The film highlighted a case she helped fight and win regarding toxic water and the cancer-causing effects it had on a California community. Brockovich exposed the Pacific Gas and Electric Company for having known about the issue, not doing anything about it and trying to keep the toxicity a secret.