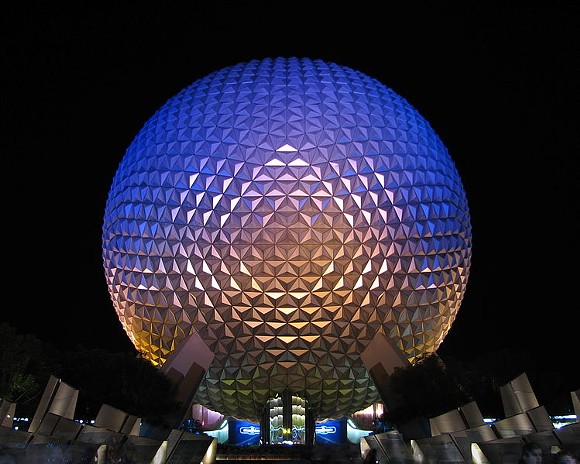 Rumors of Brazil being added to Epcot’s World Showcase stretch back for decades, but more recently there seem to be signs that the pavilion is finally moving forward.

In 2011, an odd newspaper article claiming Disney was in talks with the Brazilian government was published in one of São Paulo’s most prominent papers, Folha. Then things seemed to quiet down with only the occasional mention or leak of artwork. But early last year the project was mentioned by multiple insiders, including Dustin Sage of MiceChat and Jim Hill, stating that the Brazilian pavilion was moving forward along with a new Spain pavilion.

The two pavilions would be the first countries added to the World Showcase since Norway's addition in 1988.

The massive Epcot update, estimated to cost well over $2 billion, stretches beyond 2021's 50th Anniversary of WDW and Epcot’s 40th Anniversary in 2022. It will include numerous new rides and updated attractions. When Walt Disney Parks and Resorts Chairman Bob Chapek laid out the plans for Walt Disney World during the Disney Parks presentation at last year’s D23 , at which he gave a sneak peek at concept art for the updated Future World, two of the most notable absences were the two rumored World Showcase pavilions.

A month earlier Jim Hill briefly mentioned that Gigantic, an upcoming Pixar film which the Spain pavilion would be tied to, had been delayed. A few months later The Hollywood Reporter confirmed the Gigantic movie was put on indefinite hold and the team had moved on to other projects.

Less than two months ago, Disney insiders on the WDWMagic.com forums began reporting that paperwork for the Brazil pavilion was being finalized, but the Spain pavilion was now on the chopping block. Since then, various details regarding the new pavilion have slowly leaked out. Most imply the timeline will be bumped up, with the opening now expected to take place sometime during the 2021 WDW Anniversary celebration.

The start of this year saw the Circle of Life: An Environmental Fable film-based attraction close in the Land pavilion. Disney moved a youth arts program that was previously housed in trailers on the back side of one of the World Showcase expansion plots to the Circle of Life theater. The expansion plots date back to the opening of the park when 2 was planned that would’ve brought three new pavilions: Equatorial Africa, Israel and Spain.

Now it looks like the 1.5-acre plot between Germany and Italy might instead be the future home of Brazil. The plot currently hosts a small model train exhibit tied into the Germany pavilion next to it.

Hill indicated that there were three competing plans for the Brazil pavilion, but each would include an attraction of some type. A new restaurant is also likely planned for the pavilion. Last year, just ahead of D23, Mickey Views shared screenshots of a supposed Disney survey that asked participants what new food options they would be interested in seeing at Epcot. On the survey was both a Brazilian steakhouse and a tapas restaurant. With Spain canceled, it’s believed the tapas restaurant is as well, but at least the Brazilian steakhouse now looks to be happening.

Last month, another notable Disney insider named "Scuttle" on the WDWMagic.com forums, shared details regarding what he identified as the final budget for the pavilion, claiming it had been green-lit and nearly half of the pavilion’s funding would come from a Brazilian sponsor.

Last year the estimated cost of the new pavilion was around $200 million but, according to Scuttle, the mystery sponsor is now reportedly financing $250 million, upping the total price of the pavilion to $450 million.

That’s still not a lot considering that Pandora: The World of Avatar land which opened last year at Disney’s Animal Kingdom cost an estimated $500 million, and e-ticket rides regularly cost hundreds of millions, but it's enough to give this pavilion everything needed to make it the new must-see item for Epcot. 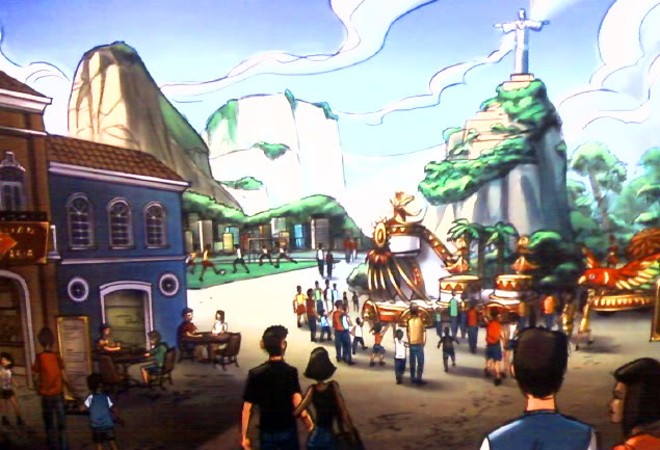 Not a lot is known regarding specific design aspects of the Brazil pavilion, but leaked images of previous proposals show a mix of bohemian buildings drawing inspiration from Rio’s Lapa neighborhood and its iconic Arcos da Lapa aqueduct, along with lush landscaping and numerous waterfalls tucked into rockscapes. Other artwork, including a photo recently published on the Insights and Sounds blog of a physical model of what the blog states the “original Brazilian pavilion,” shows a wavy patterned walkway near the World Showcase Lagoon that’s similar to that of the Copacabana beach boardwalk found in Rio de Janeiro.

Artwork, likely from one of the early concepts, posted online by a Disney fan with previous internal connections show a gondola themed dark ride that would use a ride system similar to Peter Pan’s Flight and be themed to the Sugarloaf Cable Car system also found in Rio. First opened in 1912, the Sugarloaf Cable Car is one of the most recognizable transit systems in all of Brazil. The ride renderings have gondola themed ride vehicles "flying" over miniatures of Brazilian landmarks.

With Spain now being canceled, the dark ride that was slated for that pavilion is also obviously canned. That places the likelihood of a ride within the Brazilian pavilion even higher.

On either side of the believed plot for the new pavilion are two pavilions (Germany and Italy) that are denser in nature with little foliage so the colorful tropical landscaping seen in the early concepts will likely also be seen in the final design.

The next D23 Expo is scheduled for next August just after Star Wars land opens in Anaheim. The two Star Wars lands were a significant part of last year’s Disney Parks presentation. Next year we’ll likely see new details regarding the upcoming Star Wars-themed hotel and Magic Kingdom’s Tomorrowland update, but the belief is Epcot and WDW’s 50th Anniversary celebration will be the primary focus of the presentation. The Brazil pavilion may be confirmed before then due to the permitting process, but we will likely not get any real details or confirmation until next year’s D23.