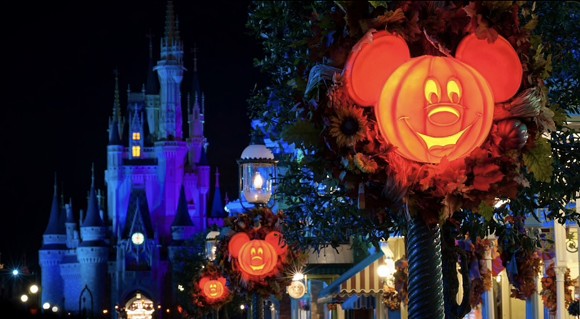 Now in its 23rd year, Mickey’s Not-So-Scary Halloween Party will be bigger than ever when it opens next week.

The special ticketed, after-hours event in Magic Kingdom is one of the biggest family-focused Halloween events in the nation, with tens of thousands in attendance each year.

Over the years the offerings at the event haven’t seen a lot of updates, with the most significant addition in recent years being the Hocus Pocus castle show that debuted in 2015. Since then, no major additions or changes have taken place. But Disney is making up for that this year with numerous new enhancements and unique experiences taking place across the park. These new offerings will help expand the festivities well beyond Main Street and Tomorrowland where previous events were concentrated.

For the littlest of guests, a new Disney Junior-themed dance party will take place in the back of Fantasyland. The "Storybook Circus Disney Junior Jam" will have numerous Disney Junior characters in a dance party setting, including Doc McStuffins and likely Vampirina, who is to debut in her own meet-and-greet at Hollywood Studios next month.

Taking place in the Storybook Circus splash pad area, with hopefully the water turned off, the new dance party brings life to a corner of the park that previously rarely used during the parties.

Nearby on the Mad Tea Party attraction, special lighting and effects will make the famous spinning teacup ride even more fun. In a Disney Parks Blog post about the updates to this year’s event, they note that the lighting could “transform” guest’s costumes if the costume colors are right, likely indicating that this special lighting will heavily use blacklights known to make certain colors glow.

Over in Tomorrowland, Space Mountain will be getting its own updates with special effects and a unique soundtrack just for the party.

But the most unique attraction enhancement might be the pirates added to Adventureland’s Pirates of the Caribbean. The Disney Parks Blog notes that these new pirates will be “interacting with sailing guests” in a search for a pirate known as “Gunpowder Pete.”

This interaction seems to point to live cast members who will be seen along the ride and who will converse with guests on the ride, similar to how Johnny Depp has interacted with guests on the Disneyland version of the ride as part of viral marketing campaigns ahead of Pirates of the Caribbean movie releases.

With trick-or-treating lines growing longer every year this year’s additions seem to show Disney wanting guests to spread around the park and partake in rides that usually see short lines during the parties. But that doesn’t mean the other aspects of the party won’t be returning. The “Hocus Pocus Villain Spelltacular” castle stage show will return, as will the special Happy HalloWishes Fireworks, and the unique Boo-To-You Halloween themed parade. Trick-or-Treating stations will, of course, return as well.

The hard ticket event begins on August 17 and runs on select nights through October 31. The party begins at 7 PM with party guests able to enter the Magic Kingdom a few hours before the official party starting time. Tickets range from $75 to $125 for adults with child tickets around $5 cheaper most nights. Theme park admission tickets are not required for the event. Advanced tickets are encouraged as many nights, especially those closer to Halloween, regularly sell out.

The Gist disney mickey's not so scary halloween