Trump's Mar-a-Lago friends have been acting as 'shadow rulers' of the VA, report says 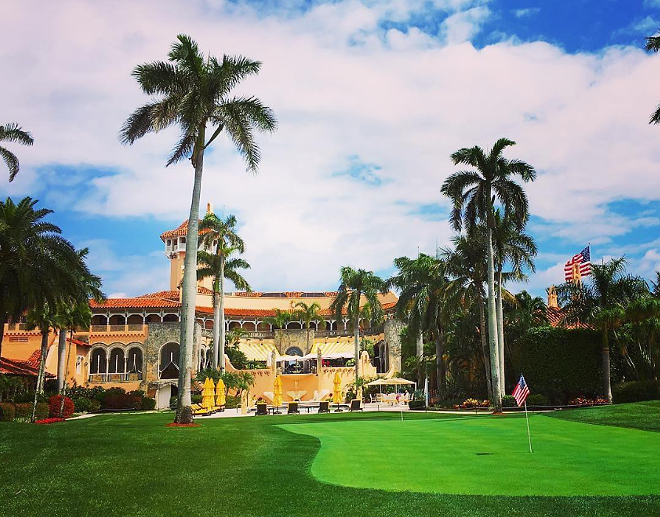 Three of President Donald Trump's allies who are also members of his private Mar-a-Lago club in Palm Beach have been acting as "shadow rulers" at the U.S. Department of Veterans Affairs, according to a report from ProPublica.

Despite having no U.S. military or government experience, this "informal council" has been quietly shaping the administration's policies affecting millions of veterans and influencing personnel decisions at the VA, ProPublica's Isaac Arnsdorf reports.

The three men are Ike Perlmutter, Marvel Entertainment chairman; Bruce Moskowitz, a Palm Beach doctor; and Marc Sherman, an attorney. ProPublica reports people inside the VA refer to them as the "Mar-a-Lago Crowd." In a statement to the investigative journalism organization, Trump's allies minimized their effect on the department, saying, "At all times, we offered our help and advice on a voluntary basis, seeking nothing at all in return." But according to ProPublica:


"Hundreds of documents obtained through the Freedom of Information Act and interviews with former administration officials tell a different story — of a previously unknown triumvirate that hovered over public servants without any transparency, accountability or oversight.

The Mar-a-Lago Crowd spoke with VA officials daily, the documents show, reviewing all manner of policy and personnel decisions. They prodded the VA to start new programs, and officials travelled to Mar-a-Lago at taxpayer expense to hear their views. 'Everyone has to go down and kiss the ring,' a former administration official said.

If the bureaucracy resists the trio’s wishes, Perlmutter has a powerful ally: The President of the United States. … At times, Perlmutter, Moskowitz and Sherman have created headaches for VA officials because of their failure to follow government rules and processes. In other cases, they used their influence in ways that could benefit their private interests.

They say they never sought or received any financial gain for their advice to the VA. "

ProPublica notes that the Mar-a-Lago Crowd's arrangement is "without parallel" in modern American history. It's also worth noting that these men pay membership dues to Mar-a-Lago, in other words, to the Trump Organization. The club initiation fee is $200,000, plus annual dues of $14,000. One could consider this paying for access to the president.

"Such committees are subject to cost controls, public disclosure and
government oversight," the report states. "Other presidents have relied on unofficial 'kitchen cabinets,' but never before have outside advisers been so specifically assigned to one agency."

Take some time and read the entire ProPublica investigation.