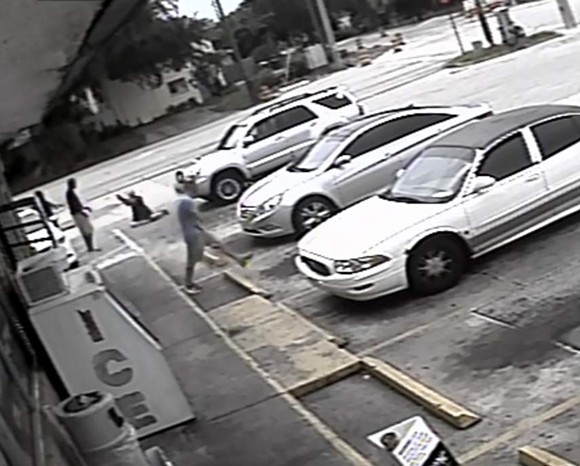 Michael Drejka, the man accused of shooting and killing an unarmed Markeis McGlockton on July 19 in a convenience store store parking lot, was charged with manslaughter Monday morning.

According to the Tampa Bay Times, deputies with Pinellas County Sheriff’s Office will book Drejka Monday afternoon. Since the incident, which started over an argument over a handicap parking spot, Drejka has claimed the shooting was justified under Florida's controversial "stand your ground" law.

McGlockton's girlfriend, Britany Jacobs, says Drejka started a confrontation with her while McGlockton was inside. When McGlockton came out to see Drejka yelling at Jacobs, he pushed Dreyka to the ground, which resulted in  him getting shot in the chest.

Security video recordings from the store shows most of the incident, and was later released by the Pinellas County Sheriff’s Office.

State Attorney Bernie McCabe told the Times his decision to charge Drejka stems from prosectors' belief that they can show "clear and convincing" evidence the "stand your ground" defense does not apply in this situation.

The law was changed last year to put the burden of proof on prosecutors to disprove a stand your ground claim, instead of on the defense to prove one.

Drejka is white and McGlockton was black.

Last week, Al Sharpton and the family of Treyvon Martin, who was shot and killed in 2012 by George Zimmerman, attended a rally in Clearwater protesting the controversial law.

"The state attorney’s office is doing what Sheriff Gualtieri has failed to do thus far – seeking justice for the death of Markeis McGlockton," said Democratic gubernatorial candidate Chris King in a statement released this afternoon. "This community is crying out for action and the McGlockton family deserves justice, and that’s why I’ve been calling for leaders to act since this tragedy occurred. Today’s decision is another example why Florida’s broken ‘stand your ground’ law must be repealed so that justice in this case and every other tragedy can never be delayed or denied."

Sean Shaw, who is running for Florida Attorney General, also responded to today's arrest, saying, "This day is too long coming. Justice delayed is justice denied and we continue to seek justice for the McGlockton family and so many other families across this state. Stand Your Ground laws are wrong and have no place in a civilized society."