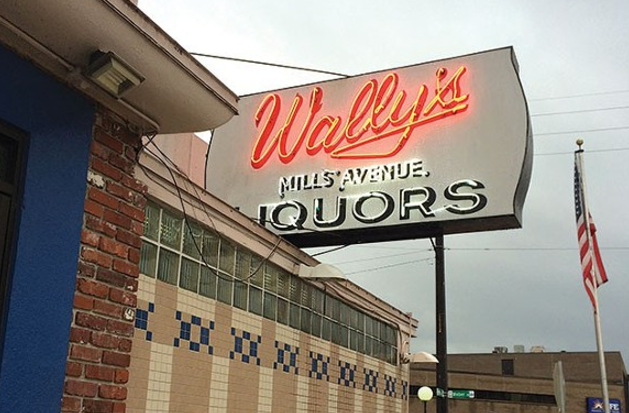 Orlando landmark and cultural institution Wally's Mills Avenue Liquors has reportedly closed this morning. According to Twitter user Kelli Deluxe (@the_kspot), the dive bar closed by putting up a sign on their door with patrons still inside.

@OrlandoWeekly FYI Wally’s Liquor on Mills Ave just closed for good THIS MORNING (with patrons inside drinking). I know y’all write about closures etc. Sad day for a lot of locals around here pic.twitter.com/LK39iW4qVJ

It's a sad day as another beloved pre-Disney connection to "Old Orlando" bows out, just as Colonial Lanes did back in May. So go hug your Beefy King and let it know how you feel. You never know, man. You never know.

UPDATE: Superattorney John Morgan, who is famously a fan of Wally's, stopping in on occasion to buy the entire bar a round, has responded to the Wally's crisis on his personal Facebook page, screenshotted here by WTKS 104.1 FM's Russ Rollins. Morgan says that he will look into buying the property when he returns to Central Florida. He also says he had his first drink there when he was 16, which would have been in 1972, when the legal age to purchase alcohol was 18.