Don't know anything about Central Florida judicial picks in the Aug. 28 primary? We're here to help 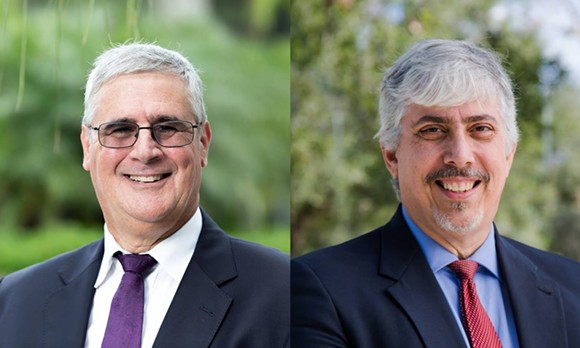 Most people have probably decided for whom they're going to vote in the primaries for Florida governor on Aug. 28, but few know their preferred candidate in the judicial races for Orange County and the Ninth Judicial Circuit.

These usually low-profile nonpartisan races, nonetheless, make a huge impact in our community. County trial judges hear criminal misdemeanors and civil cases in which the disputed amount is less than $15,000. Circuit judges deal with criminal felonies, domestic relations, juvenile delinquency, probate issues and civil disputes over $15,000. Murder cases end up in front of circuit judges, as well as financial fights like the one between local theme parks and the property appraisers office. Both circuit and county court judges are elected for six-year terms and don't have term limits. If no candidate in a judicial race gets a majority of the vote during the August election, they will appear again on the ballot in the Nov. 6 general election.

Although the judiciary makes up one-third of Florida government, the court system receives less than 1 percent of the state's total budget, said Judge Eric DuBois at a recent luncheon organized by the League of Women Voters of Orange County for judicial candidates. DuBois added that although the Ninth Circuit has qualified for additional judges, Florida lawmakers have not provided the funding. Last year, Orange-Osceola Chief Judge Frederick Lauten closed a commercial litigation division of the Ninth Circuit to give more resources to family court.

"We are often required to do more with less as every year goes by," DuBois said. "Being a judge is a lot of work, and what these candidates are asking you for is your support and your encouragement."

County Judges
Stay on top of Orlando news and views. Sign up for our weekly Headlines newsletter.