Denver is about to get Kaleidoscape, a wild, art-based amusement park ride by Meow Wolf 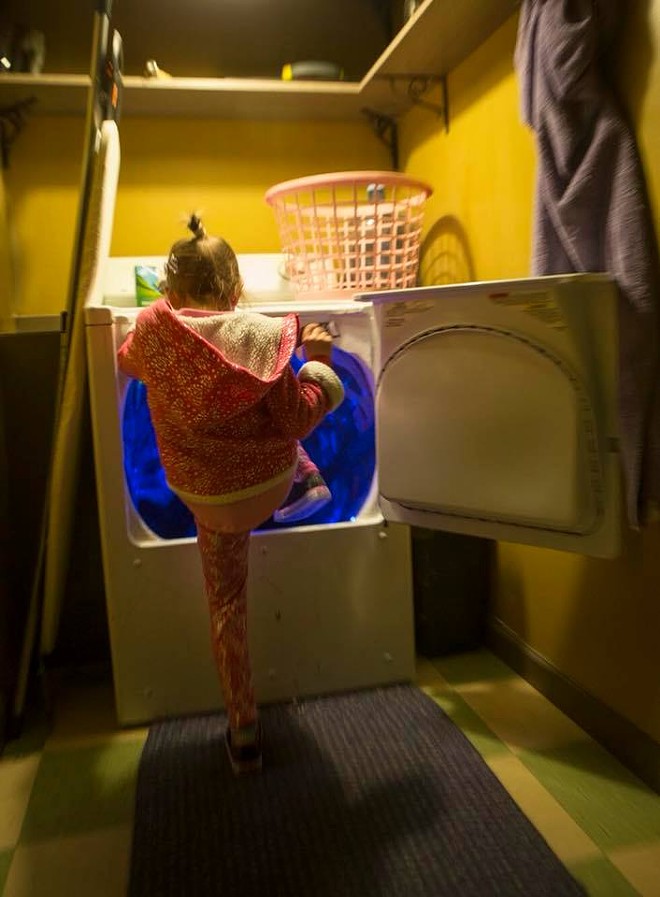 One of next year’s most anticipated new amusement park additions is from a group with no previous ride experience, at a park that few even know exists.

In 2016, when Meow Wolf opened their House of Eternal Return, a permanent funhouse-like art gallery in Santa Fe, it immediately became the talk of the themed entertainment industry. Costing an estimated $3 million and backed by Game of Thrones author George R. R. Martin, the House of Eternal Return was the first permanent exhibit by the Meow Wolf collaborative art group, who had already made a name for themselves thanks to their annual music festival and large-scale temporary art installations.

The Themed Entertainment Association, the primary association for the industry that includes members such as Walt Disney Imagineering and SeaWorld Parks, recognized Meow Wolf’s House of Eternal Return in 2017 with an Award for Outstanding Achievement in the category of Connected Immersion on a Limited Budget. While $3 million may not seem like a limited budget, the significant impact that this interactive attraction has had in an industry where attractions like new rides at Disney or Universal can regularly cost nearly 10 times that amount can’t be overstated. 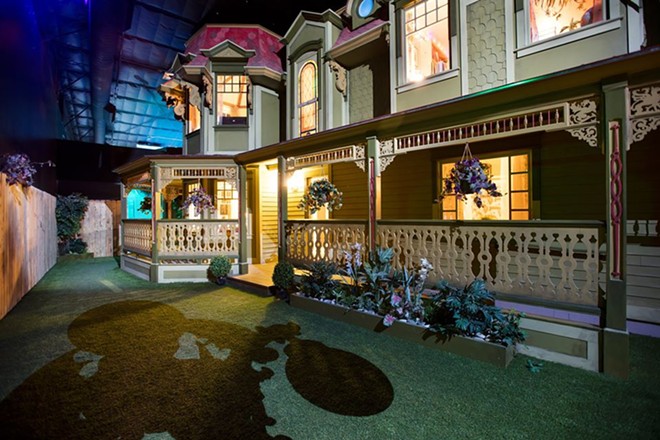 Stretching across 40,000 square feet in a formerly abandoned bowling alley, House of Eternal Return has been described as everything from an acid trip without the drugs to the greatest roadside attraction America has ever seen. A life-size house is filled with numerous hidden passageways which connect to “portals” that allow guests to explore various rooms where interactive elements abound. A yet to be fully deciphered storyline connects the various “portals,” but guests are free to explore the space and story as they desire. One visitor described the multi-layered exhibit as “different levels of experience depending on your degree of consciousness.”

A concert venue within the maze-like attraction was ranked by Yelp as one of the top 10 best music venues in the nation.

With a cult-like following and name recognition well beyond that of a typical company their size, Meow Wolf quickly used their budding success to secure new projects, announcing a second permanent exhibit opening in Las Vegas in 2019 with a third in Denver the following year. Other cities the art group has expressed interest in include Austin, Minneapolis, Oklahoma City, Los Angeles and Washington, D.C.

Comparisons of Meow Wolf to Cirque du Soleil are inevitable. Both are known for transforming segments of the entertainment industry into something never before conceived. Like Cirque before it, Meow Wolf works with artists across multiple media to create one-of-a-kind experiences via platforms that previously were viewed as lowbrow. The House of Eternal Return joins experiential storytelling, funhouse-style rooms and museum-quality art. Meow Wolf is now a staple at art museums around the nation, with their events the hot ticket wherever they go. 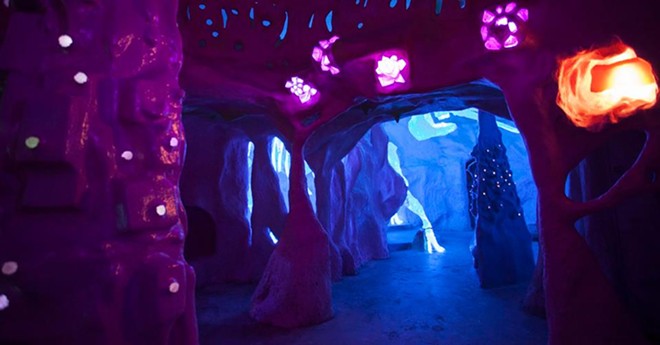 But Meow Wolf isn’t about to rest on their laurels. With $17.5 million in convertible debt raised on top of last year's $17 million in equity, the art group laid out plans this summer for a production house that is designed to compete against industry titans like Disney. At the time the plan sounded promising, but no specifics were shared.

Then last week Meow Wolf sent shockwaves across the themed entertainment industry when it announced a new collaboration on a groundbreaking amusement park ride experience.

Meow Wolf’s Kaleidoscape is being billed as “the world’s first artist-driven dark ride.” The interactive ride will open next year at Denver’s Elitch Gardens amusement park. In a press release announcing the new dark ride, Meow Wolf explained the ride would be “a densely immersive and fully interactive experience” that will transport riders through an immersive world of “otherworldly motion, deep sound, wild color and interactive moments.”

A 38-second teaser trailer for the new ride looks more like something from a Stanley Kubrick film than from a regional amusement park: There's imagery ranging from 1980s-style computer graphics to colorful kaleidoscope-like symmetrical patterns, with various items including cassette tapes, giant lollipops, teakettles and televisions sets spinning around the screen. Despite being less than a minute long, the video requires multiple viewings due to its intense detail. 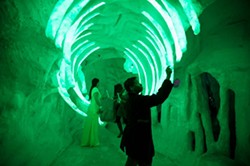 Little is known on what Meow Wolf’s Kaleidoscape will entail, but this new attraction is already viewed as a significant step forward for both Meow Wolf and the themed entertainment industry as a whole.

Previous attempts to bridge the gap between high art and amusement parks have had mixed results. Peter Anton’s Sugar and Gomorrah carnival ride at the 2012 Art Week Miami transformed a former haunted house into a 3D canvas for the artist, who filled the tent with his famous hyperreal food sculptures and scantily clad live models, some of whom kissed as each ride vehicle passed by them. Despite drawing long lines, that temporary attraction closed after its short stint at the art event.

Others have compared the new art-driven dark ride to the Nights in White Satin: The Trip attraction at the short-lived Hard Rock Park in Myrtle Beach. That groundbreaking ride, designed by Jacksonville-based Sally Corporation, took riders on a three-dimensional trip through the Moody Blues song of the same name. After passing through a queue that included numerous visual tricks and a spinning tunnel, a bead curtain opened to the loading platform, where guests were given disorienting prism-like holographic glasses and then boarded the ride. Strange psychedelic props, tactile effects, intense lighting, filled  and smells made this mostly blacklight ride one of the most unusual attractions ever built. Despite being closed for nearly a decade, it is still widely viewed as one of the boldest attempts to bring abstract imagery into a real-life setting. That ride closed along with the rest of the Hard Rock Park just a few months after opening. 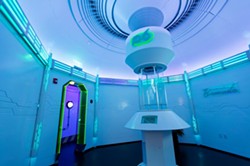 Unlike these previous attempts, the Meow Wolf ride will be opening in an already established park. Similar to Nights in White Satin: The Ride, the Kaleidoscape will use a Sally Corporation ride system, converting the park’s former Ghost Blasters interactive shooter ride into the new attraction. As Lance Hart of tourism news site Screamscape pointed out, the new Elitch Gardens ride can be seen as a preview to Meow Wolf’s Denver location that will open a year later.

With only one permanent location open at this time, Meow Wolf still has a lot to prove, but their impact on the themed entertainment industry is already being felt. All eyes are on next year’s debut.