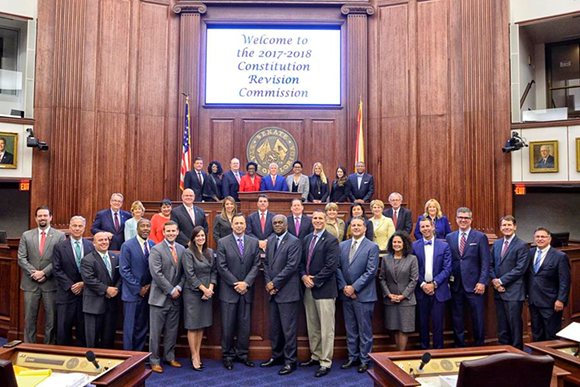 Among the amendments was Amendment 8 – which would allow charter school organizers and affiliates to bypass local school boards' approval on certain issues, circumventing local control. Bundled together in the amendment was a provision that would limit school board members to eight-year terms, as well as a proposal that would require the Florida Legislature to file legislation to "promote civic literacy in schools."

Saying the amendment's packaging prevents voters from opting for a simple "yes" or "no" at the ballot box, Anstead and former elections commissioner Robert Barnas contended that the six measures are unconstitutionally bundled.

The Supreme Court has sent the matter down to the Leon County Circuit Court for further consideration.

The court's removal of Amendment 8 from the November ballot follows its decision to remove Amendment 6 on Monday. As a result, the court has scheduled oral arguments for the Amendment 8 case for Sept. 5. Florida Secretary of State Ken Dentzer has appealed the removal in an effort to return the question to the general election ballot.

In May, the CRC – a 37-member commission that convenes once every 20 years to propose changes to the state Constitution for voter consideration – approved the amendments, following a controversial months-long process.

For more on how the CRC works, click here.