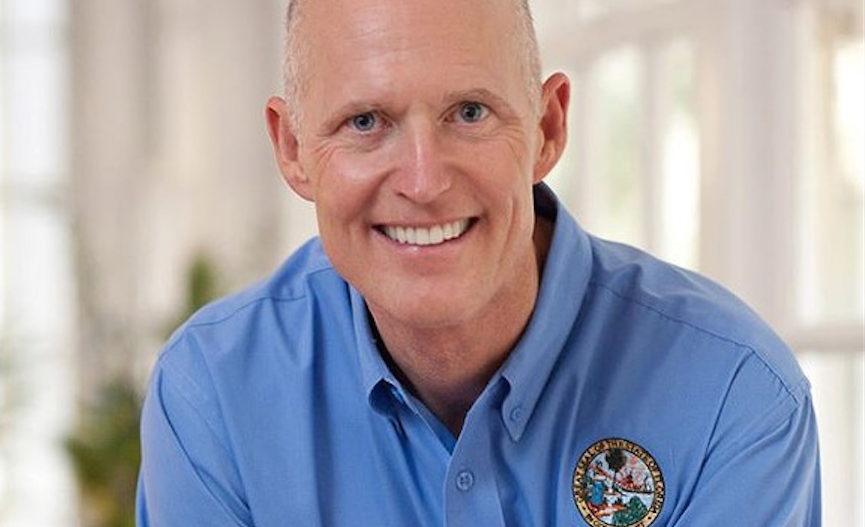 Gov. Rick Scott isn't very enthused about Tallahassee Mayor Andrew Gillum's historic primary win in the Democratic gubernatorial primary. So much so, in fact, that he's lamenting the possibility of a Democratic governor in Florida as a return to the so-called "Charlie Crist" years.

And by that, Scott's referring to tax and fee increases, which, unless weaponized with political rhetoric, could actually be a good thing.

"We can't go back to what Charlie Crist did. That's where Andrew Gillum would take us and we'd have job loss," Scott, who's running for U.S. Senate due to term limits, told the Tampa Bay Times.

During Crist's tenure as governor, it's a fact that he oversaw increases in taxes and fees. However, Scott seems to pulling from his most selective of memories, because those same taxes and fees were pushed by the Republican Legislature during the Great Recession in 2008.

But Scott's not totally wrong (yeah, we said it, but hold on): Gillum wants to increase the corporate tax rate to 7.75 percent from its current 5.5 percent. With that increase, he wants to use the estimated $1 billion in annual revenue to build public schools and pay teachers a base salary of $50,000. (As the Times notes, Florida does not have an individual income tax.)

And yet, in Scott's eyes, those are factors that would lead to job loss.

"That's not what Floridians want and that's why I think we're going to have a big win in November," he says, referring to a potential win by U.S. Rep. Ron DeSantis, who cruised into the GOP gubernatorial nomination Tuesday over Florida boy wonder Adam Putnam, the current state agriculture commissioner.

Always one for the spotlight, Scott made the comments prior to attending the memorial service for the late U.S. Sen. John McCain, R-Arizona.