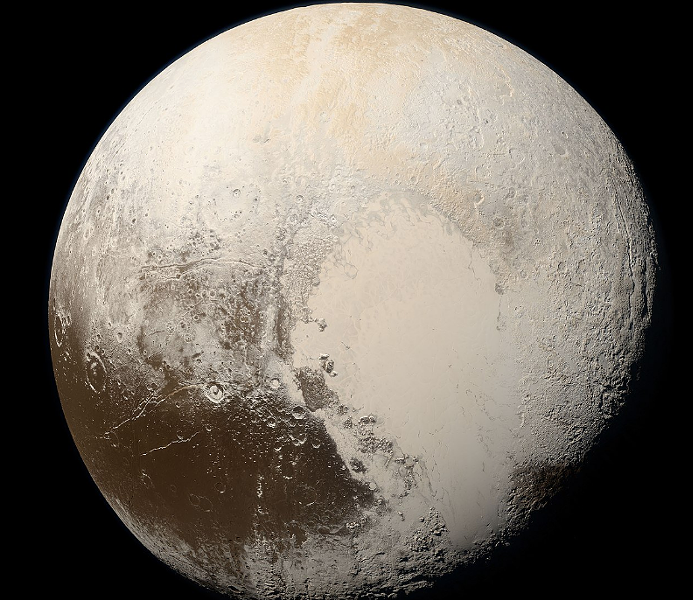 Labeling Pluto a "dwarf planet" – as the International Astronomical Union voted to do in 2006 – has never sat well with planetary scientist and University of Central Florida lecturer Philip Metzger.

"It's the most geologically active planet besides the Earth," Metzger said yesterday to Atlanta TV station WSB. "There are flowing glaciers, moving mountains. It is possible, at least possible, that Pluto might have life."

Two problems: It's 4.6 billion miles away, so it's hard to confirm. And after the IAU declared that Pluto wasn't a planet because it's not big enough to remove debris from its orbit, it's hard to convince them otherwise.

"I think, unfortunately, the textbooks have shortchanged Pluto and the entire solar system," Metzger said.

Metzger and his fellow researchers from John Hopkins University and the Planetary Science Institute reportedly researched 200 years of data analyzing what's called the "clearing of orbit" criteria for a planet. In their research, they found only one study in 1802 that used the same definition, which was later disproved.

"They didn't bother to explain what they mean by clearing orbit, and taking it literally, it's true. No planet clears its orbit, so therefore there are no planets," Metzger said.

Metzger's problem with the labeling isn't that he thinks Pluto has earned its planetary status. It's that the definition of what makes or doesn't make a planet shouldn't be voted on based on scientists' opinion.

In other words, democratic norms don't apply to the solar system.

"When we published this paper, the outpouring of public interest was amazing, everybody was saying, 'Yeah, save Pluto! We want our Pluto back!'" Metzger said.

Metzger's peer-reviewed work is set to public in the scientific journal Icarus.

The IAU has reportedly said it's open to continuing the Pluto debate.