Blake Shelton is opening a new restaurant in Orlando 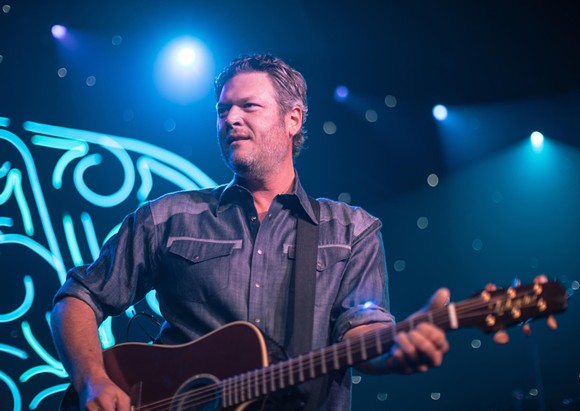 Country star and coach on The Voice Blake Shelton will open a new restaurant in Orlando.

According to a statement from Ryman Hospitality Properties, Shelton's restaurant, Ole Red, will open in the ICON Orlando 360 entertainment and dining complex (formerly the Coca-Cola Orlando Eye) sometime in the first half of 2020.

The country-style restaurant is a $15 million project in a partnership between Shelton and Ryman Hospitality Properties.

Ole Red gets its namesake from Shelton's 2001 song of the same name, which became one of the singer's biggest hits and a favorite live performance.

The Orlando location is one of six Ole Reds to open, including restaurants in Tishomingo, Oklahoma, and Nashville and Gatlinburg, Tennessee.

The menu will offer a variety of Southern comfort staples such as steaks, ribs, brisket, chicken and waffles, and fried catfish, as well as a few specialty dishes and drinks unique to Orlando.

“We’ve brought Ole Red to some of my favorite places, and I’m excited to have another spot for country music fans to have fun with their friends and family," Shelton said in a press release. "I think it’s impossible to visit Orlando and not have a good time, and that’s why I know Ole Red is going to fit right in.”