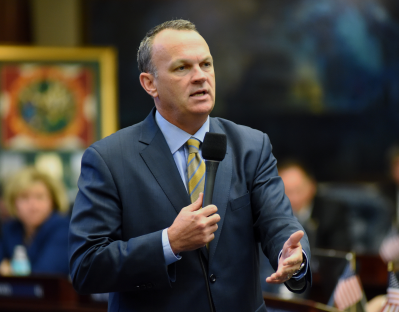 The Florida House will investigate the misuse of $38 million in state funding for a building project at the University of Central Florida, House Speaker Richard Corcoran said Friday.

The probe will focus on the use of operating funds to build the 137,000-square-foot Trevor Colbourn Hall, which opened this semester at UCF, in direct violation of state policy that restricts that funding to activities like instruction, research, libraries, student services or maintenance. Whittaker told the state Board of Governors, which oversees the university system, that the four-year project was under the supervision of William Merck, the school’s former chief financial officer who left the school on Thursday.

Whittaker said Merck took full responsibility for the misuse of the funding, which has since been replenished by proper funding authorized by Whittaker and the UCF board of trustees.

“I am baffled by how the actions of one irresponsible officer’s effort at flouting the Legislature’s and state university system’s budget controls could result in a four-year-long unauthorized endeavor of this magnitude,” Corcoran, R-Land O’ Lakes, said in his letter to Whittaker. “There are only two possibilities: that others within UCF were aware of and conspired in this misuse of public funds, or your administration lacks the necessary internal controls to manage its fiscal responsibilities.”

Corcoran said he wants to see the “prompt adoption and publication of improved policies and procedures” to prevent future occurrences. And he said wants the school “to pursue any available options to hold Mr. Merck accountable for his willful conduct.”

Corcoran also called for more frequent reviews of spending and operations at UCF by the state Auditor General’s Office, which uncovered the misuse of the $38 million in a recent audit. Corcoran, who steps down from his House leadership post in November, said lawmakers may need to reconsider “broad discretion” that state universities have in their budgets.

“Perhaps this latitude should be revisited in light of this occurrence,” he wrote.