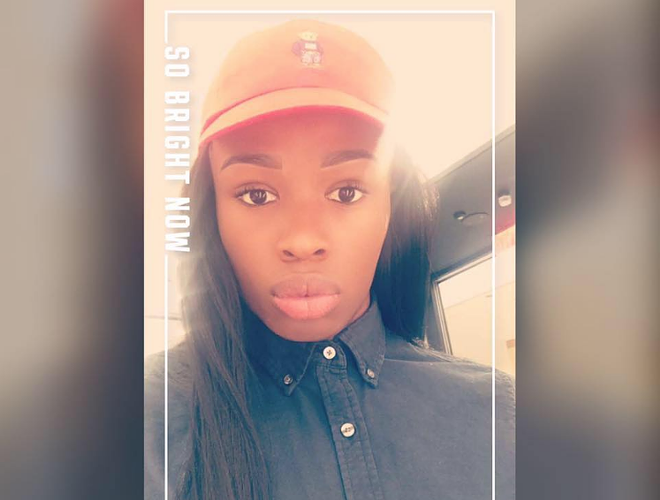 A black transgender woman was shot to death in North Port last week, making her the fifth trans woman to be murdered in Florida within the past seven months.

Londonn Moore, 20, was found lying in the road around 7:30 a.m. Sept. 8 on Sawyer Circle in North Port, several miles away from her hometown of Port Charlotte, according to the Sarasota Herald-Tribune. North Port Police and several local media outlets have misgendered Moore and referred to her dead name. People with information about Moore's murder are asked to call North Port Police Detective Chris Maki at 941-429-7323 or CMaki@northportpd.com.

Moore's murder comes two months after 27-year-old Sasha Garden, another black trans woman, was found dead with signs of trauma at the back of an Orlando apartment complex on July 19. The Orange County Sheriff's Office say Garden's case remains "active and open," according to spokesperson Jane Watrel.

The first rash of homicides involving black trans women started in February when Celine Walker, 36, was found shot dead inside a room of the Extended Stay America hotel in Jacksonville. Four months later on June 1, Antash’a English, 38, died in the hospital from gunshot wounds after deputies found her between two abandoned homes in a Jacksonville neighborhood. Weeks later on June 24, deputies found the body of Cathalina James, 24, after she was gunned down at a Quality Inn and Suites hotel in Jacksonville.

Hal Trejo, from the LGBTQ group All Rainbow and Allied Youth in Charlotte County, tells WBBH 2 that Moore's death is "more than just a murder."

"This would mark the 21st person in the nation since the start of the year that a transgender person has been murdered," Trejo told the TV station. "It’s the fifth person in Florida alone this year, so we see its a huge crisis and needs to be addressed and talked about."

Equality Florida, a statewide LGBTQ civil rights organization, called out Gov. Rick Scott and other elected state officials for their lack of response after the five homicides.

"Regardless of whether this is the act of a single person, multiple people working in concert, or a heinous act that’s a direct result of the dehumanization of transgender people seen across the nation, the spike in anti-transgender violence is a terrifying pattern that must be addressed," said Gina Duncan, Equality Florida's director of transgender equality, in a statement. "It is critical that our state’s highest office address the growing concerns of the community and clearly condemn the rise of violence towards black transgender women in Florida."

Duncan said LGBTQ groups specifically called out Scott back in July after the murder of Garden in Orlando. At the time, a spokesperson for Scott's office said the governor had spoken about the Jacksonville killings at a campaign stop in June.

"I just feel sorry for people," Scott said back then, according to Florida Politics. "You hope that it would never happen. I hate that these things happen. On the state level, we provide some funding for Jacksonville to deal with, you know, helping to reduce their crime."

Orlando Weekly reached out to Scott's office for a comment after Moore's murder, and a spokesperson pointed to the comments Scott made in June.

"We called on Rick Scott to clearly speak out about this murderous violence targeting transgender women and to direct state law enforcement to fully support the investigation of these murders – yet, we heard nothing," Duncan said. "These tragedies should horrify our elected leaders and spur them into action, not sit in silence as more members of our community are murdered."

Equality Florida and GLAAD say misgendering by police and media can hamper investigations, breed an environment of mistrust and send a message to the community that these murders are not a priority.

"There is a crisis of fatal violence against transgender people, and especially transgender women of color in this nation, and persistent deadnaming and misgendering by police and media is only exacerbating the tragedy," said Sue Yacka-Bible, GLAAD's communications director, in a statement. "There is a crucial need for the media to cover the homicides of transgender people in accurate, respectful ways that give a full picture of the lives of those we have lost."