Winter Park shooting and manhunt started over suspect stealing $45 worth of merchandise from Goodwill, police say 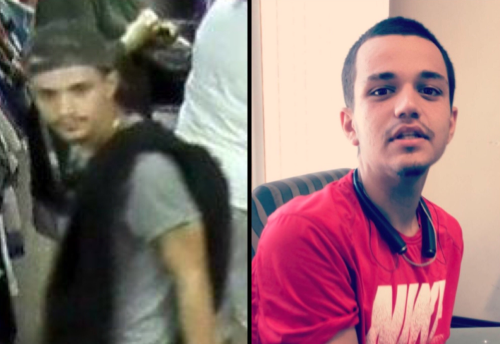 A manhunt in Winter Park Monday evening began when the suspect allegedly stole $45 worth of merchandise from Goodwill, and then fired shots at the two responding officers, says the Winter Park Police Department.

According to the arrest affidavit, officers responded to a shoplifting call at the Goodwill, located at 750 N. Orange Ave. in Winter Park, at around 2:40 p.m. When officers arrived at the scene, they spotted the now suspect, 19-year-old Jerad Christopher Vasquez, walking on Orange Avenue near Fairbanks. When asked to return to the store, Vasquez ran.

While an officer was driving toward Vasquez, he shot another man who happened to be running toward him in the groin area, says the affidavit. Vasquez then exchanged gunfire with the two police officers, with bullets hitting the police car's hood and windshield.

After the shootout, the officers tended to the shooting victim and lost sight of Vasquez. During the subsequent manhunt, Rollins College, which is less than a mile from the area of the shooting, was placed on a "shelter in place" lockdown around 3:45 p.m.

At around 4:30, Vazquez’s mother contacted Winter Park Police, alerting them that she had been in contact with her son. Vasquez told his mother that he was "surrounded by cops and hiding," and that he "was not going to jail."

He also asked his mom to pick him up near Orange Avenue.

After receiving a screenshot from the mother showing authorities that Vasquez was near Full Circle Yoga, at 972 N. Orange Ave., the suspect was found under a trailer. Vasquez was then arrested, but first exchanged more gunfire with police. No officers were hurt in the altercation.

Vasquez is currently being held in the Orange County Jail without bail and faces multiple charges of attempted first-degree murder, aggravated battery with great bodily harm, resisting officers with violence, shooting into a vehicle and petty theft.
See related PDF Vasquez__Jerad_C._Redacted.pdf Stay on top of Orlando news and views. Sign up for our weekly Headlines newsletter.