In case you hadn't noticed, the Imperial at Washburn Imports in Ivanhoe Village has been steadily improving and expanding their food offerings after owner John Washburn brought on chef Jeannine Gage (former proprietor of Ivey's Kitchen and catering manager for Hunger Street Tacos) as food operations manager.

As her title suggests, Gage oversees the kitchen at the Ivanhoe Village location and will do the same at the Winter Park location when it opens in late October/early November.

The hope, she says, is to have one full-time cook at each location with Gage shuttling between the two locations for menu development.

Gage has been whipping up such meals as summer corn and asiago risotto with sea scallops, and sous-vide tenderloin steak atop truffled potato gratin with chimichurri at Imperial's kitchen since July.

The showcase fits right into to Gage's vision of making the Imperial a regular destination for gastronomes.

"We've been looking for ways to up our food game at the Imperial, and we've been wanting to collaborate with local chefs and food producers, so I thought [Monday Night Bites] would be a great way to do both at the same time."

Gage will, ahem, gauge public response to the first Monday Night Bites, but the plan, she says, is to have the event take place at least monthly, and then bi-weekly and, hopefully, every week.

And much like the furniture inside Washburn Imports, Monday night's event will take on a decidedly Indo-Asian theme. 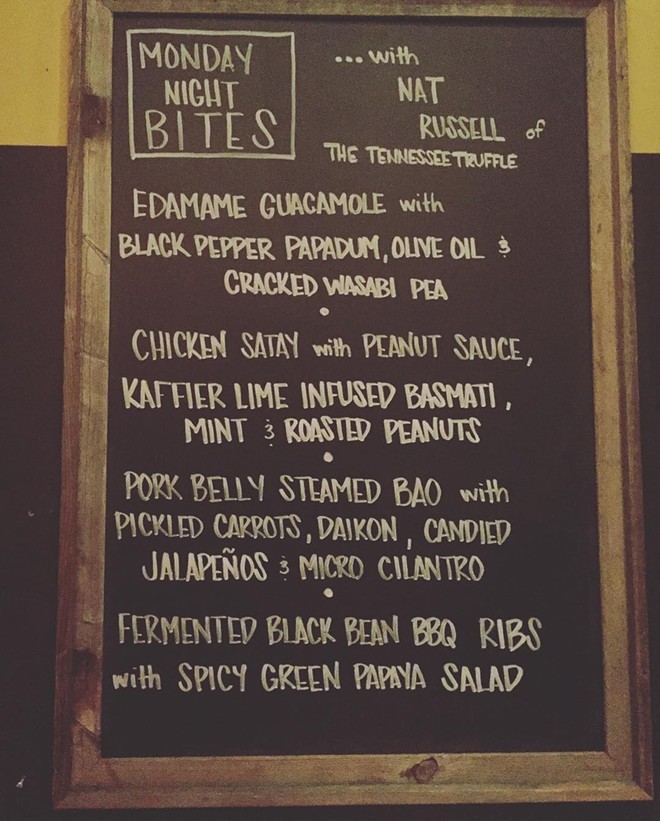 "I knew of John's extensive trips all over Asia to find these great pieces," says Russell, "so I thought why not create a melange of flavors from India to China?"

But, for the CIA-trained Russell, it shouldn't pose a problem.