Led by Dan Terminus, strong synthwave bill takes Orlando back to the future

I’ve already noted how interesting and fortunate it is that Orlando-based promoter Endoxa Booking – most famous for being a leading impresario of heavy music – has lately expanded into indie rap with such taste and commitment. But another nice newer tendril for Endoxa is that it’s also grown into one of the city’s bigger patron saints of synthwave.

With synthwave, everything is back to the future. And the surge in underground popularity of the retro-futurist sub-genre in recent years has proven it to be one pretty hot fever right now. This Endoxa showcase was another warp back into that singular dimension where the digital dreams of the 1980s live on in amber.

To their considerable credit, the artists on this bill all understand the live limitations of presenting electronic music. With each of them bringing their own stage production including individual light rigs and visuals, there were no half-steppers here.

Curiously enough, the only one who didn’t bring much in the way of visual aids was French headliner Dan Terminus. 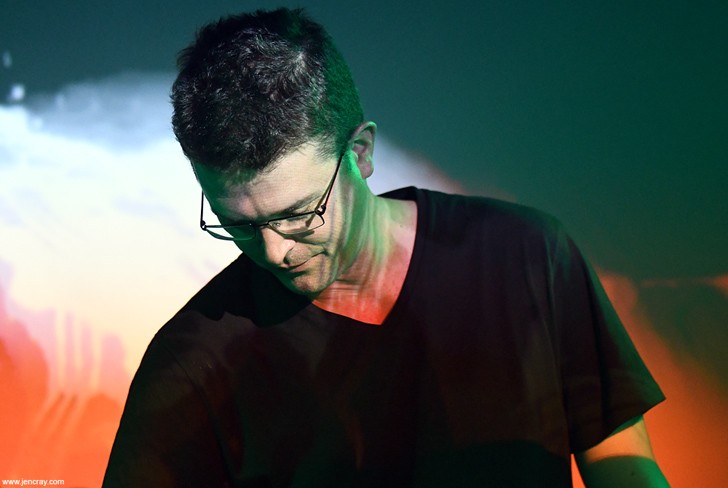 But as an artist of some stature in the game, what he brought instead was an extraordinary degree of actual live play for an electronic artist. That’s special enough to earn him major concert points. Add in the crushing synth sounds of his sweeping sonic voyages and you’ve got gold.

Orlando’s Moondragon – who performed against a backdrop of lasers and his trademark 1980s action movie montages – has one of the most perfected synthwave aesthetics around. This homegrown talent is such a brilliantly textbook exemplar that he’s almost singlehandedly given me a fresh and heightened appreciation of the genre. Seriously, drive to his songs and your commute will be transformed. If we could broadcast his music into every car driving through the massive I-4 overhaul, we would all be navigating through that clusterfuck at 90 mph like a Blue Angels routine.

Atlanta’s Gregorio Franco was, by far, the most rock-influenced act of the lot, at least on record. Live, the guitars on his songs were less prevalent. But that spirit wholly fueled his heavy-metal techno set, which looked and sounded like Gost’s headbanger little brother.

Franco’s accent may be electronic, but his vocabulary is pure metal. And his addition to the party were lights that were sound-activated, which the crowd had fun with as soon as they realized it.

Even among this strong cast, one of the most distinctive acts of the night was Florida duo ACP PRO. Though they feature plenty of the usual cinematic flourishes that are de rigueur to synthwavers, what sets them apart is their beat DNA. More than most of their instrumental contemporaries, their beats are central to their heartbeat and architecture.

With a rhythmic topography that can range from electronic body music to sleek, kicking electro, these guys craft a rare spot that can be shared by industrial warriors and bass heads alike. While others cast widescreen visions, ACP PRO dive under with the thump of a subterranean pulse.