Norman's 15th anniversary dinner to be a star-studded celebration

Our state's most notable chef, Norman Van Aken (Norman's, 1921 by Norman Van Aken, Three at the Wynwood Arcade), was one of the first to marry the seemingly disparate flavors of the Caribbean, Latin America, West Africa and the Middle East with those of Europe in a movement dubbed "New World Cuisine."

In his book Norman Van Aken's Florida Kitchen, he writes:

"…As I leaned away from conventional cuisine and craned forward like a voyager in the bow of a ship heading into the wind, I read the words of the French philosopher-historian Jean-François Revel. It was his seminal work, Culture and Cuisine: A Journey Through the History of Food, that helped me to focus my spyglass on the cuisine that America would soon be belly-deep in."

Van Aken's exploration eventually saw him open numerous restaurants, the longest-surviving of which is Norman's at the Ritz-Carlton, Grande Lakes.

On Saturday, Van Aken will celebrate the 15th anniversary of his eponymous restaurant in what's sure to be the highlight of this year's local culinary calendar. 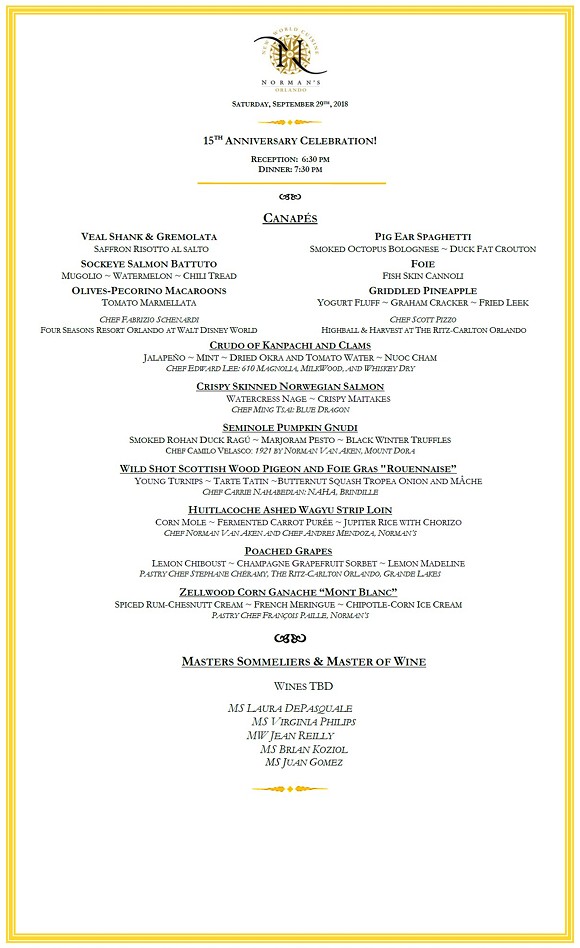