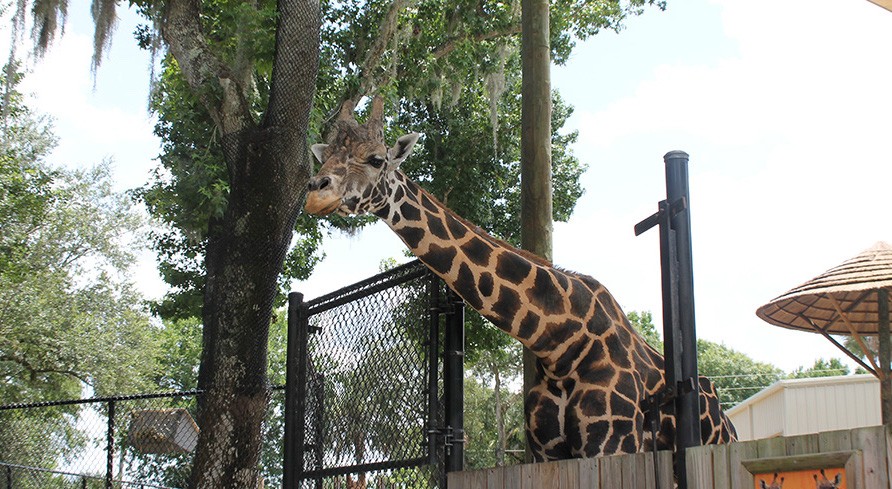 It was a sad weekend over at the Central Florida Zoo. In an official statement released yesterday morning, the staff announced the passing of their beloved resident Rothschild giraffe, Emba.

It was discovered that the 22-year old male giraffe had been fighting a degenerative spinal condition since April, when staff found him lying on his side.

He was separated from Gage and Rafiki, two younger giraffes at the zoo, as a preventative measure and was given pain-relief and anti-inflammatory medications, as well as rehabilitative exercises.

In the week of Aug. 26 Emba relapsed, appearing less stable than before, and after a thorough assessment the care teams decided to euthanize Emba.

Emba was a popular giraffe at the zoo, as over the years countless guests have fed him pieces of lettuce at the one-on-one feeding experience.

Giraffe populations have decreased by as much as 40 percent, which is why the Central Florida Zoo and Botanical Gardens participate in the Association of Zoos and Aquariums’ Species Survival Plan for giraffes, which finds homes for male giraffes like Emba.

The giraffe feeding experience will continue to be made available, although the zoo asks guests to be patient as the remaining giraffes adjust to the loss of one of their own.