Florida singles are bonding over their hatred of licorice 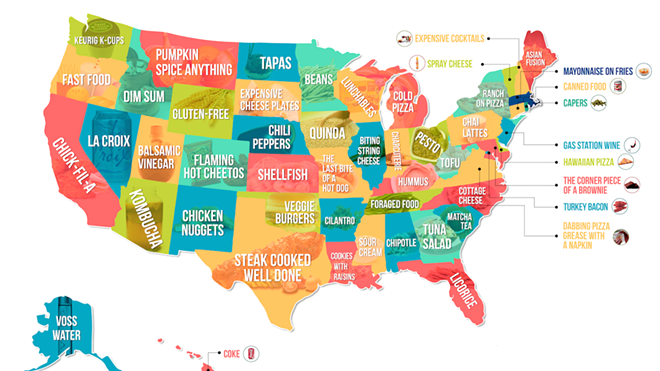 A new dating app called Hater, which matches its users based on things they hate, recently turned its food-related data into a map, and the results show that Florida's most hated food is indeed licorice.

Besides Florida's disdain for the devil's rope, the map also shows every other state's most hated food or food-related concept from the app's 600,000 users. The map covers everything from chains such as Chick-fil-A and Chipotle to the act of biting into a string cheese.

As you can see, Louisiana dislikes cookies with raisins in them; Virginia, dabbing the grease off pizza slices. On the West Coast, Oregon isn't a fan of fast food and in the East, Maine isn't big on Asian fusion.

Nothing brings two people together like a shared hatred.