After 71 years, the famed Weeki Wachee mermaids are visiting Orlando 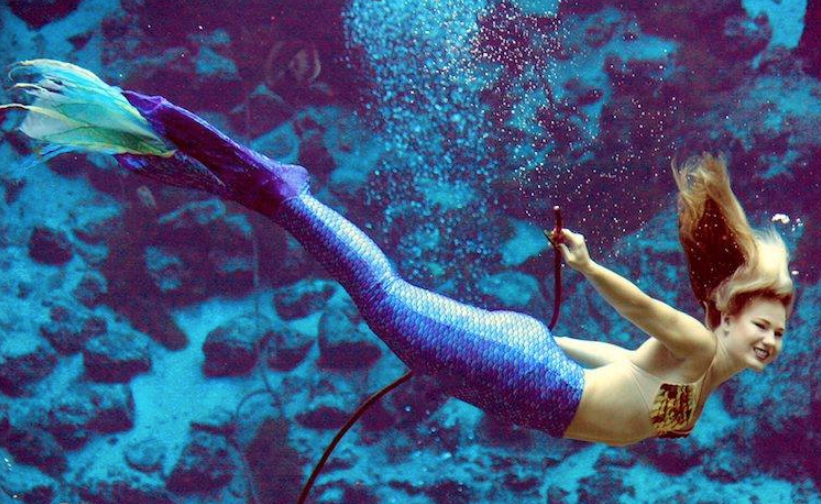 In 1947, a small roadside attraction in the sleepy town of Weeki Wachee first discovered a spring that mermaids would call home. Since that day, the Weeki Wachee mermaids have become one of the most iconic figures in Florida tourism.

A decade ago when the attraction became part of a state park, the mermaids stayed and with them an important connection to the pre-Disney days of Florida tourism. Now for the first time in their 71-year history, the famed Weeki Wachee mermaids have made their way to Orlando.

Since acquiring the attraction in 2008, the State of Florida has been trying to restore the springs while also honoring the rich history of the site. Numerous ecological wonders are found in and around the state park, including the deepest freshwater cave system in the country. The unique underwater theater, where guests meet the mermaids nearly two stories underwater, which sees 120-million gallons of water pass by its large windows each day. After decades of use, the theater is in need of a major update, which has forced its closure and with it, the mermaid shows, until the middle of March.

For the month of October, the mermaids will be calling the Sea Life Orlando aquarium home. Every Friday through Sunday between now and October 21 the mermaids will perform inside the Pacific Habitat tank at the top of every hour between 11 a.m. and 7 p.m. Meet-and-greets with the mermaids will also happen each weekend until 8 p.m.

The Pacific Habitat has a large curved viewing window and is regularly used for interactive dive shows. The stingrays within the tank will provide a unique change for the mermaids that typically perform among the wild turtles and freshwater fish that call Weeki Wachee Springs home.

The dozen or so people who live in the tiny town of Weeki Wachee will have to go a few more months until their mermaids come home. After the mermaids leave Orlando, they plan on traveling to various other cities.

The hourly mermaid shows at Sea Life Orlando are included with regular admission. Tickets, performance schedules, and information about a mermaid versus superhero contest the aquarium is jointly doing with Madame Tussauds Orlando can be found on their website. No word on if the mermaids will be stopping by the mural of them found in the Cabana Bay Starbucks.