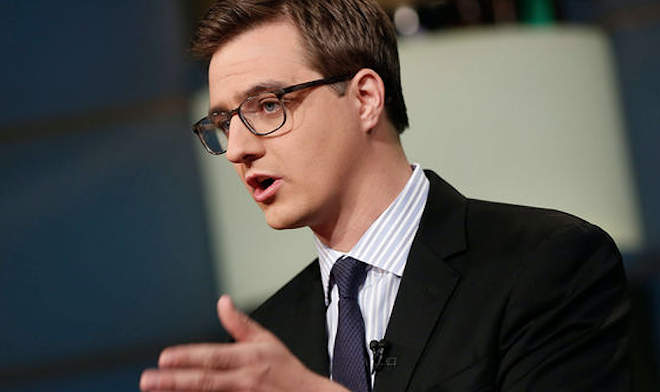 MSNBC's Emmy-winning news host Chris Hayes will film tonight's episode of All In at Hooch in Wall Street Plaza.

The host tweeted about tonight's appearance this morning, telling fans to be there at around 7:30 p.m.

Hey, #inners! Tonight we’ll be broadcasting the show live from Orlando. Come by Hooch in the Wall St Plaza around 7:30pm.

Tonight's episode will focus on Florida's upcoming midterms and feature an interview with recent EGOT winner John Legend, who's in Orlando today for an event advocating Amendment 4, which proposes to restore voting rights to former felons.

If you can't make it to Hooch, this evening's Florida-centric episode will start at 8 p.m. on MSNBC.