Neither of them talks about Blue Bird Bake Shop in the past tense.

They have sold their Audubon Park business and all but handed over the reins to the new owners – the Aguilera family, who also currently own and run a pizza restaurant in Acapulco – but Jeff Lambert and Joel Pfrogner still feel attached. That makes sense. They’ve dreamed up cupcakes and brownies for Orlando for a decade now. Letting go takes time.

From here on out, there will be no more waking up at 3:30 a.m. to go fire up the ovens and the coffee maker. No lying in bed and worrying over daily and monthly sales. Instead they’ll go on vacation to see friends and family in New York and Arizona. They’ll get a chance to decompress.

Their Little Bake Shop That Could lasted far longer than they expected it to, but parting with it has been more emotional than either of them was prepared for. Sharing stories about what their customers have meant to them sometimes come with surprise tears.

“They’ve been so grateful to us,” Pfrogner says, “but most have no idea how grateful we really are for them.”

Perhaps what’s set them apart is that Blue Bird was never just a business for the duo. In many ways, their families helped them build what they became. They used their grandmothers’ recipes. Cookies and cupcakes were named after dear friends.

Before Lambert’s grandma passed away, she promised she’d come back and visit him as a bluebird. So when a certain blue bird joined them on their back porch in the midst of the attempt to name their venture, it was suddenly easy to figure out.

The rest has amounted to hard work, fate and even some luck. From their simple beginnings selling wholesale desserts out of Pom Pom’s Teahouse & Sandwicheria to landing their location on the main thoroughfare of the Audubon Park Garden District, the impact BBBS made on the community is a result of staying true to their vision.

That’s included piped in big band and early jazz music in the mornings (“the scratchier, the better”) and running cupcake happy hours at night. It’s included a strong commitment to use only the good stuff: real butter, sugar, whole milk, and cream. 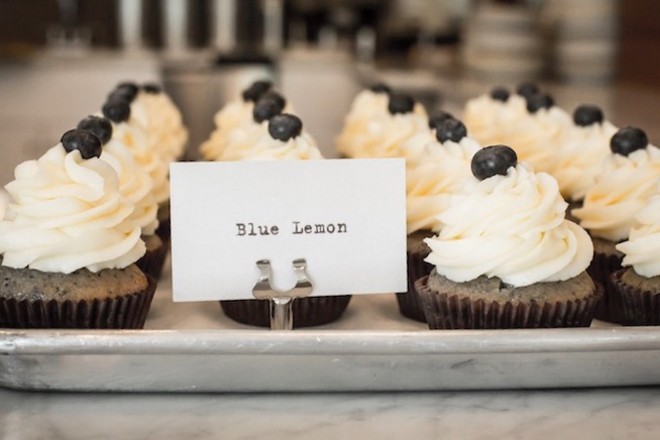 Their first week in business, Lambert and Pfrogner were thrilled when they sold out of three dozen cupcakes. By the end of that first year, they quadrupled what they thought they’d sell. The economy wasn’t exactly great and there were no competing bake shops nearby then. In a lot of ways, it was a matter of good – even great – timing.

“We wanted to create a space that brought people together,” Lambert says. “To have been part of their lives, to have grown along with the families that have visited us, that warms our hearts. It makes us feel good.”

Judging by their vocal and committed fan base, that good feeling is mutual. If you’d like to offer a goodbye before both Lambert and Pfrogner leave the shop for good, you have until Oct. 10 to drop in and do so. They’ll be leaving, but worry not: The sweets shall remain.