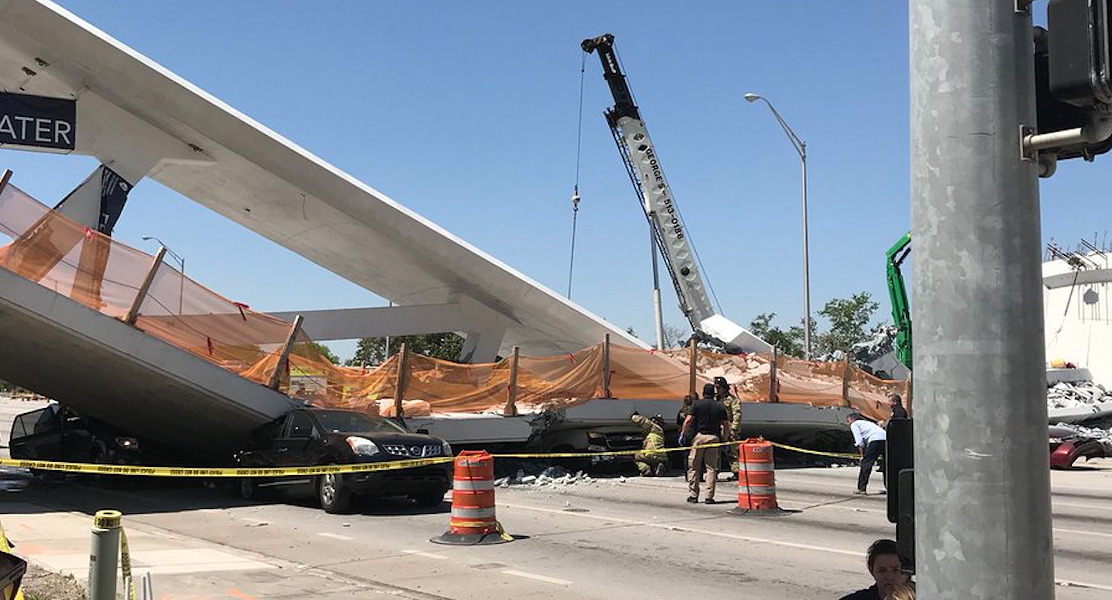 Siding with arguments of transportation-safety officials, a federal judge Friday blocked an attempt by the Miami Herald to get records related to a March bridge collapse at Florida International University that killed six people.

Senior U.S. District Judge William Stafford quashed a ruling by a state-court judge that would have required the Florida Department of Transportation to turn over records requested by the Herald. Stafford, who ruled in favor of the National Transportation Safety Board, also dismissed the case.

Federal officials objected to releasing the records during an investigation led by the NTSB. Stafford’s ruling focused, in part, on the interplay between state and federal courts and the NTSB’s arguments that the legal concept of “sovereign immunity” shielded it from the state lawsuit.

While the public-records case was filed against the Florida Department of Transportation, Stafford agreed with arguments that the NTSB was a “real party in interest” because releasing the records would interfere with the federal agency’s duties.

“Indeed, because the state court’s order effectively overrules a directive issued by the NTSB, disregards the NTSB’s interpretation of its own regulations, interferes with the NTSB’s administrative decisions regarding the release of investigative information, places FDOT (the Florida Department of Transportation) —- as a designated party to the NTSB’s investigation —-in the position of having to violate its legal obligation to comply with the NTSB’s regulations and directives, and has the potential to cause harm to the NTSB’s congressionally mandated investigation, the court agrees that the United States is a real party in interest here,” Stafford wrote in his 47-page decision.

As a party in interest, the NTSB could not be subject to the public-records lawsuit in state court because of sovereign immunity, Stafford wrote.

The Herald filed the lawsuit in May after requesting a wide range of documents related to the bridge and the deadly collapse. The NTSB said the Florida transportation department could release records that existed through Feb. 19 but that it could not release later records because of the ongoing investigation.

“Normal NTSB procedure is to restrict release of investigative information until late in the investigation to ensure the integrity of the evidence received and to keep the parties focused on assisting the investigation,” Stafford wrote Friday.