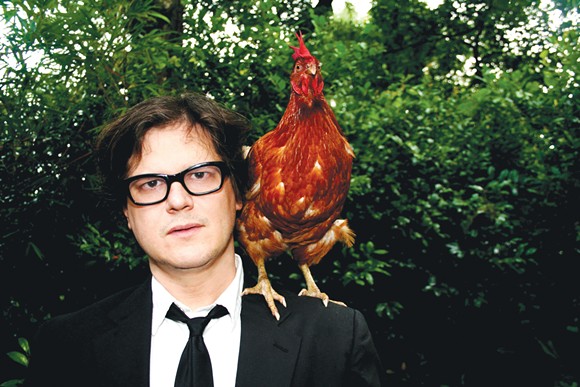 Among Orlando music figures, the accomplished Michael Donaldson has long been one of the smartest guys in the room. Under the moniker Q-Burns Abstract Message, he first made a name for himself both locally and globally as not just one of the city’s premier talents in the massive dance music boom of the 1990s – of which Orlando was a top-tier scene – but also one of its most cerebral and tasteful ones. In the madness of it all, including getting signed to legendary EDM label Astralwerks, the polymath got into the music label business himself with Eighth Dimension Records, a collective alongside significant local names like DJ BMF, Gerard Mitchell and Pimp Daddy Nash.

Though the label never formally shuttered, Donaldson discontinued releases in 2012 and focused on music publishing, rights management and music business consulting. Now, however, the old flame has been ignited anew and Donaldson is freshly back in the game with 8D Industries. The new label will officially launch Oct. 19 with the release of a new album (Argentum Dreams) by Kansas City electro-psych band Monta At Odds that heavily features Domino Records artist Your Friend.

Unlike Eighth Dimension, 8D won’t exclusively focus on dance music. But true to his own taste and creative oeuvre, the label will tend toward left-field grooves with some latitude.