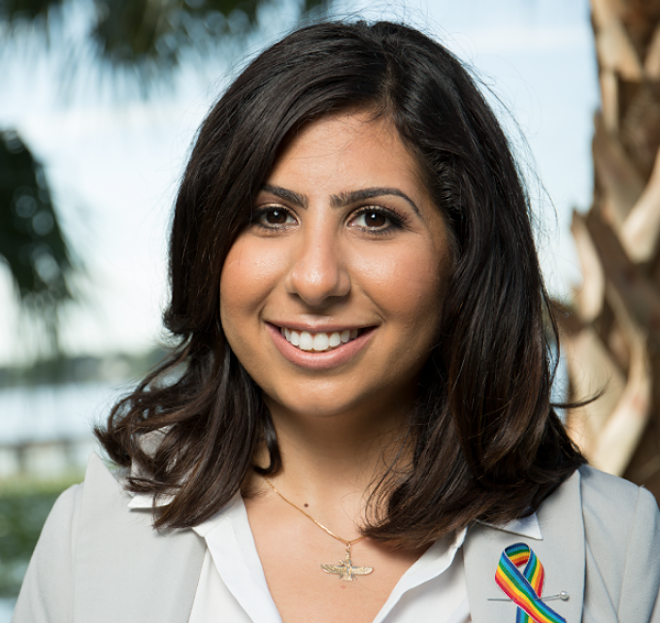 Florida House candidate and Iranian-American Anna Eskamani called out Sen. Lindsay today for saying that being of Iranian decent would "be like, terrible."

South Carolina Sen. Lindsey Graham appeared on Fox & Friends Tuesday to announce a new Trump-like publicity stunt of sorts, where he'll reveal the results of a DNA test to see if he has more Native American DNA than Sen. Elizabeth Warren.

"I’m gonna take a DNA test," said Graham. "The results are gonna be revealed here. This is my Trump moment, this is reality TV."

As dumb as this sounds, what followed was arguably the most cringeworthy moment of the interview, where Graham said that his test might show that he's part Iranian, which, in his words would "be like, terrible."


STEVE DOOCY: Lindsey Graham, come back in a couple weeks and we’ll take a look! [at the DNA test results]

BRIAN KILMEADE: We’ll find out who who really are!

GRAHAM: I’ll probably be Iranian, that’d be like, terrible. (laughs)

GRAHAM: I’m not in the Ayatollah branch.

Eskamani, who is the Democratic candidate for Florida House District 47, had this to say about his comment:

"As the daughter of Iranian immigrants who worked tirelessly to achieve the American dream, I can tell you that being of Iranian heritage is not terrible," Eskamani said. "What is terrible is U.S. Senator Lindsey Graham and his xenophobic comments that are fueled by Republican leadership each day in an effort to scare voters and divide us.

"Enough is enough. We are a nation of immigrants and it’s about time Republican leadership stop race-baiting and furthering xenophobic policies that fuel a hateful agenda."

If elected, Anna V. Eskamani would be the first Iranian-American to serve in public office in Florida.