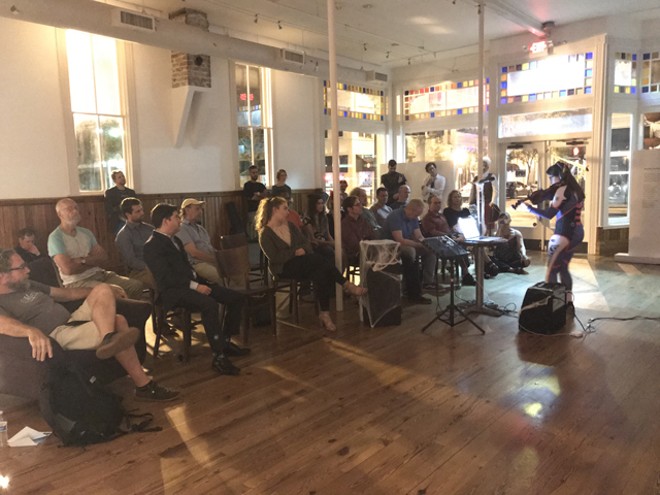 Much has changed recently in the circumstances surrounding the trailblazing downtown art music series the In-Between Series. Its mastermind, Pat Greene, left his director post at the Gallery at Avalon Island and moved out of the country (and, in an equally surprising turn, moved back unexpectedly). Furthermore, though the monthly showcase hasn’t moved, its historic venue has undergone a complete metamorphosis behind the scenes this summer. It’s now no longer known as the Gallery at Avalon Island but rather the Rogers Kiene Building and is the new home to CityArts Factory as an official part of the Downtown Arts District.

Thankfully, the actual event itself remains intact under the learned curation of equally pioneering music presenter Christopher Belt, a longtime Pat Greene associate. And even though it stays true to the original and crucial ethos that so distinguished the series, it’s nice to see that Belt is already putting his own thumbprint on it.

The series’ latest installment featured the Alterity Chamber Orchestra to launch their 2018-19 season. Founded by Belt, Natalie Grata and Beatriz Ramirez, the Orlando company is a contemporary classical outfit – 17 members strong – who are the ensemble-in-residence at the Timucua White House. What makes them exceptional is that they’re a group of upstarts with the temerity to try and smash the staid old-guard conception of classical music as endless recitals of compositions by long-dead European men. Instead, they play new music by living composers with an eye on the experimental. Moreover, their express mission is to make classical music, gulp, “accessible to anyone, anywhere.” It’s a statement of intent audacious enough to shiver the bones of a lot of old white people. And that’s why Alterity are probably one of the city’s most radical and ambitious music groups.

Their latest performance suite came in three parts. The first was a rendition of Nat Evan’s “New Domestic Ritual” by Belt and Ramirez that included an amplified and caressed house plant. No, this is not your 18th century ancestor’s chamber music.

The second passage featured three songs by Aveleon, the indie-pop project of Alterity violinist Caitlin Pequignot that plays like a classically minded Dido.

The finale was an immersive interpretation of Jordan Nobles’ highly free “Equilibrium,” which was performed by 10 players encircling the audience to produce acoustic surround sound. 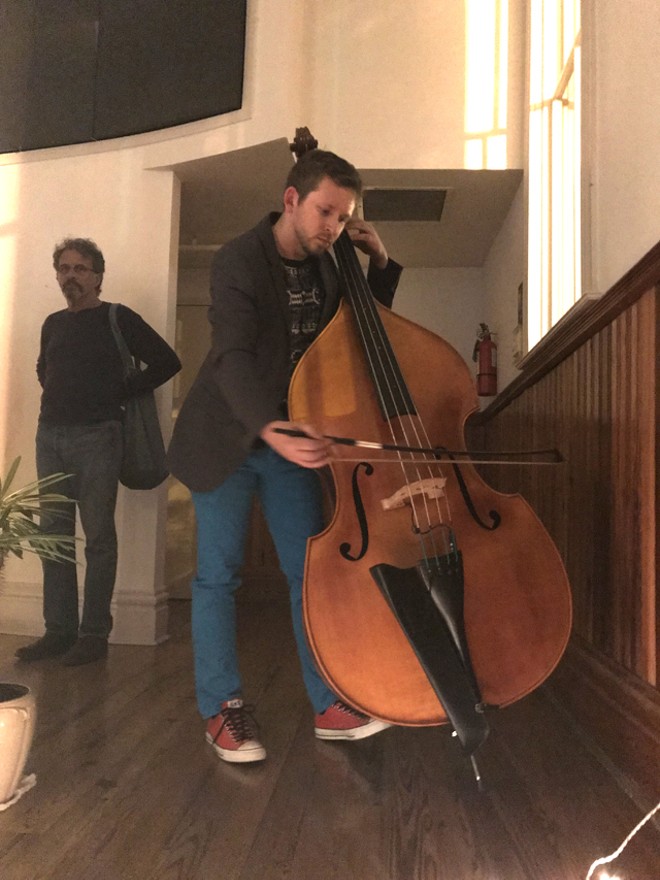 And so the heart of the great In-Between Series beats on with spirit, essence and excellence intact. The next one on Nov. 12 will feature Orlando experimental music luminary Steven Head, a multiple Undie award winner (“Best guitars” and “Best sound experience”) who is well-known for this (parking lot project) and this (White Sands unearthing Levek), among many other things.