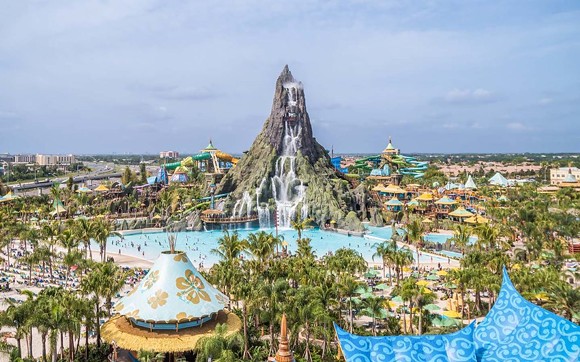 2019 is shaping up to be the battle of the water parks in Central Florida.

Aquatica laid out plans for a new ride just a few weeks ago, and work continues on the mysterious new water park found within the Margaritaville resort on 192. But now it looks like Universal is preparing for the new competition with its own addition to Volcano Bay.

When Volcano Bay opened last year, Dale Mason, vice president executive art director of Universal Creative, confirmed to CNN that the park was designed with a Phase 2 in mind, boasting that they could begin the expansion within three weeks of the go-ahead. Now, just over a year later, new permits seem to indicate Universal is moving forward with that expansion.

The 5-acre expansion plot is found along the southern edge of the current water park and industry insiders have stated up to four ride towers may be built within the area.

The new permits filed with the City of Orlando indicate plans for one ride structure and another building, possibly a dining venue. Wording in the public documents seems to suggest that this expansion will house a single new tube slide attraction.

It’s not uncommon for a single ride structure tower to host multiple attractions, so it is possible that Universal is planning more than one new addition for next year, though the more likely scenario is the park adding one ride next year, while prepping the area for easy additions in the coming years. The pre-existing area within Volcano Bay was not designed for new additions to be easily added.

Capacity has been a concern since the park opened last year, but in the long term the more significant worry will likely be how to keep the park fresh. The expansion plot seems to address both of those concerns. With four towers, it’s possible the expansion plot could house more than a dozen new slides.

ProSlide, the manufacturer behind the current slides at Volcano Bay, is likely the team behind the new slide as well. They typically announce new projects during the annual IAAPA Attractions Expo, which takes place at the Orange County Convention Center the second week of November.

While Universal rarely uses this expo as a place to announce their new projects, the Volcano Bay expansion may be the exception to that rule. Either way, if the project is to open by next summer’s big rush, construction must begin very soon.