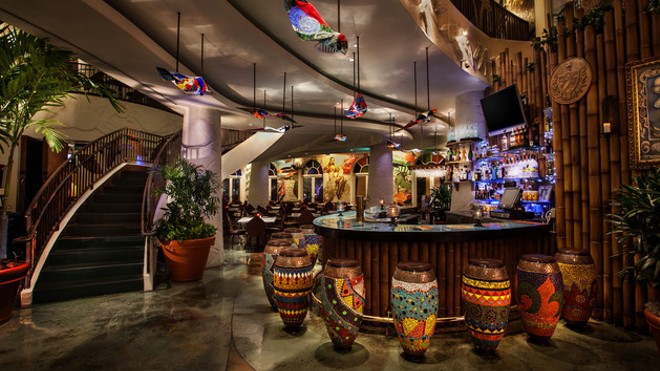 Since its opening in 1997, Bongos Cuban Café has seen endless rumors of its demise, but new rumors of its final days look very real.

As Downtown Disney transformed into Disney Springs over the past few years, numerous institutions within the complex went away. Now Bongos sits as one of the last witnesses to another time and another design vision.

When it first opened, Bongos was viewed as the next big celebrity-linked restaurant concept. A Miami outlet of the chain closed only a few years after it opened. As Gloria Estefan quietly moved on to more successful food and hotel ventures, the Downtown Disney West Side restaurant chugged along. Sadly, unlike Estefan’s music, Bongos was never able to turn the beat of mediocre reviews and unpopular dishes around.

With a rumored 20-year lease now about to expire, talk of a new concept replacing the Cuban restaurant isn’t much of a surprise.

Disney insider Jim Hill is pointing to a hot restaurant group out of Chicago as the likely replacement. With over 120 restaurants, Lettuce Entertain You is one of the Midwest’s largest restaurant groups. Since 1971, LEY has grown from a single restaurant into more than four dozen unique concepts stretching across nine states.

The ample space at Bongos may be transformed into a food-market-style concept, such as LEY’s Foodlife, which it bills as “Chicago’s original Food Hall.” A large lawn next to Bongo’s is home to a small food truck lawn where Disney regularly houses its original food truck concepts.

The food hall style concept has been rumored for Disney Springs for years, with Eataly as the most-discussed option. The new LEY concept would bring upscale, ‘big city’ dining to Disney Springs but does lack some of the name recognition that other food hall concepts may have.

The Bongos closure comes as other tenants from the original West Side have either updated their offerings, such as Cirque du Soleil’s upcoming or closed altogether, such as the former Wolfgang Puck location and the Virgin Megastore. One of the last remaining tenants in the West Side is the House of Blues. The rumored lease arrangements had many speculating that House of Blues would be closing its Disney Springs location. It was rumored to be looking at joining the lineup over at I-Drive 360, but talk of that deal quieted down some time ago with any such move being all but confirmed dead when 360’s developer, Unicorp, announced a new Blake Shelton backed restaurant and live music venue last month.

While not as dated as the former Wolfgang Puck, it’s likely that before any new concept moves into the Bongos space, the building will see a major remodel or possibly even a complete demolish to better bring it in line with the rest of the updated Disney Springs design aesthetic.

Related Disney Springs has tons of new stuff, but some of the biggest additions are yet to open

Disney Springs has tons of new stuff, but some of the biggest additions are yet to open
By Ken Storey
Blogs
No word on if the new restaurant will connect to the abandoned elevated walkway concept that Disney built nearby. Also unclear is how much a direct competition the new market will be with the nearby Starbucks. The custom designed Starbucks is one of the Seattle-based company’s signature locations.

If current rumors are correct, we should hear of demise within the next few months with the closure happening sometime after the holidays with construction on the new concept beginning soon after. This would line up with other updates happening to the West Side where a new NBA interactive experience, a City Works Eatery & Pour House, a new Cirque du Soleil show, and a new restaurant concept by celebrity chef José Andrés are all under development.