Since opening in 2010, Wild Florida has continued to evolve well past the simple airboat rides that Ranier Munns and his law firm, originally envisioned for the family ranch.

Since the Munns family moved to the site in 1998 some of Munns' 12 children have focused on making Wild Florida a prime example of what a successful conservation focused eco-tourism attraction can be. With prices kept low, including several free days, and with most animal exhibits concentrated on providing forever homes to animals that may otherwise be euthanized, Wild Florida has become one of the shining examples of what a private eco-tourism attraction can be.

Wild Florida opened with the focus primarily being on the airboat tours on Cypress Lake. The eco-attraction sits on one of the few pieces of land in private hands along the shores of the 4,500-acre lake that is part of the headwaters for the Everglades. Many of Munns’ exotic animals, which the family had previously kept as private pets, were given homes in an exotic animal zoo. What began as a BBQ concession stand has since turned into a full-fledged restaurant, serving Florida dishes like gator bites and hushpuppies. The restaurant offers guests an opportunity to connect to a Florida that most tourists never get to experience.

An expanded exotic zoo opened in 2012 and received a significant update in 2016 with a focus on providing more housing opportunities for rescued animals. Now the family-owned attraction is embarking on their biggest expansion to date. 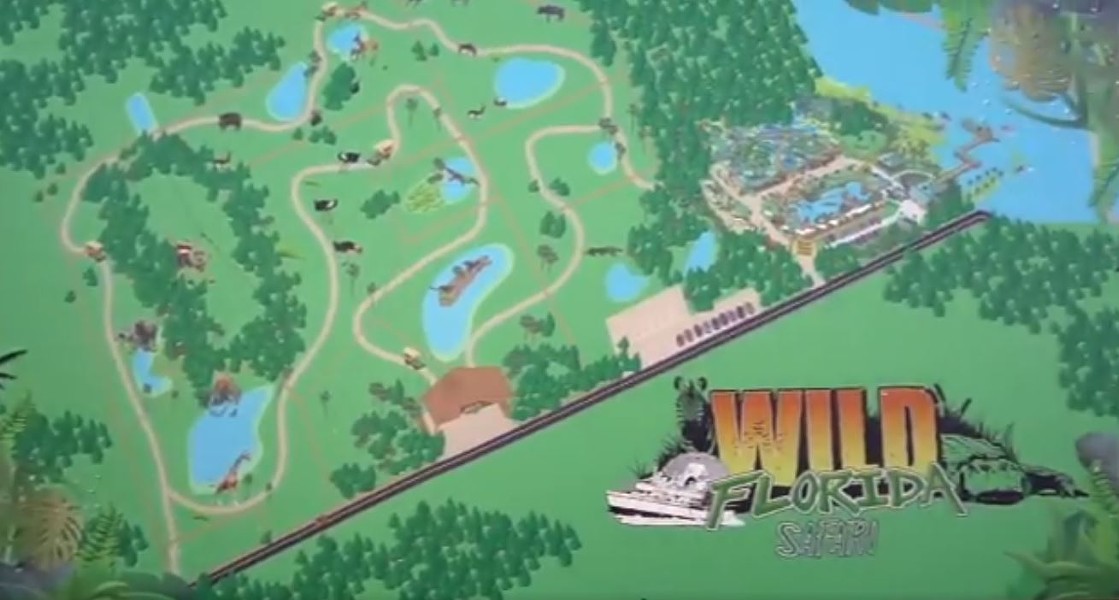 Opening by next summer, Wild Florida recently broke ground on a 75-acre drive-thru safari park that will be home to more than 100 animals including whitetail deer, zebras, water buffalo, and wild boar. Daniel Munn, one of the family members involved in the day to day operations at Wild Florida, indicated that they're hoping to eventually be able to have giraffes, as well.

Nearly all the animals at Wild Florida are brought to the park from private owners or other attractions that can no longer provide them with a home.

The 15-acre village that opened in 2010 sits next to the new 75-acre safari park. Initially, the new land was purchased to expand the parking lot, but as it became clear that the family was able to buy much more land than they had initially anticipated, the ideas of what to do with it were expanded.

Keeping with the attraction's conservation message, the new safari park will require no trees to be removed.

One of the focuses the new safari park will be an expanded gator habitat. Wild Florida already has a gator park, where gator feeding shows and educational exhibits can be found. The new gator pond will provide homes to gators trapped via the State’s nuisance alligator program, known as SNAP. Currently, nearly all gators caught through the program are euthanized due to their loss of fear of humans. A few gators caught via SNAP are presently found in other gator attractions around the southeast.

Another gator safari, Gator World, opened in Wildwood last year. That attraction also has a small petting zoo and other exhibits at it. But the Wild Florida safari will be far more than just alligators. It will be more similar to Palm Beach’s Lion Country Safari where guests can view a wide range of both local and exotic animals from the comfort of their air-conditioned car.

Along with the massive safari park, Wild Florida will also be expanding their gift shop. The expanded gift shop will nearly double the size of the current one and will house new offices for the attraction.

A separately ticketed zipline will crisscross the safari park, including over the gator pond, and will pass through a nearby cypress swamp.

Altogether the expansion will cost an estimated $2.8 million. Prices, hours, and other details have yet to be shared by Wild Florida, but the latest on the expansions at the attraction can be found via their website.