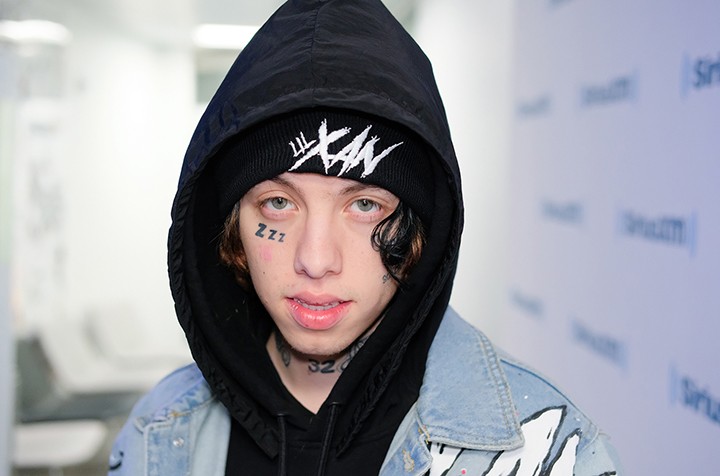 Lil Xan may have taken his rap name from the easily abused tranquilizer Xanax, but he says he’s staunchly against them now. Instead, the 22-year-old rapper – born Diego Leanos – recently found a brand-new thing to overdose on: Flamin’ Hot Cheetos. Leanos explained to USA Today, “I was in the hospital, not doing any drugs, but I guess I ate, uh, too many Hot Cheetos and it … ripped something in my stomach open, so I puked a little blood.” Sounds likely. Xan has claimed in the past that he plans on dropping the Lil Xan moniker to go mononymous with just “Diego,” but that hasn’t happened. Neither has he made good on his announcement that he’s retiring
from music in the wake of Mac Miller’s death. But at least he’s brave enough to tell Revolt TV that Tupac made “boring music.”