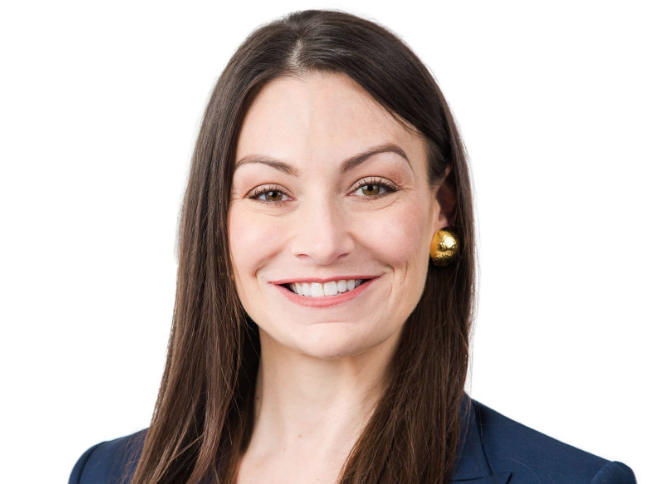 National Rifle Association lobbyist Marion Hammer this week sent out a blistering critique of Democratic agriculture-commissioner candidate Nikki Fried, who opened October by saying she would curtail Hammer’s access to the state Department of Agriculture and Consumer Services.

Hammer’s Monday statement to members of the NRA and the Unified Sportsmen of Florida labeled Fried an “anti-gun extremist who will eliminate our freedoms.” The lobbyist also reaffirmed the NRA’s endorsement of Republican Matt Caldwell to replace term-limited Agriculture Commissioner Adam Putnam.

In addition, Hammer pointed out that Everytown for Gun Safety, a gun-control group co-founded by former New York Mayor Michael Bloomberg, supports Fried. Last week, the group announced it was putting $1.8 million behind Fried, in addition to $2 million going to support Fried and two other Democrats running for state Cabinet posts —- Sean Shaw, who is running for attorney general, and Jeremy Ring, who is running for state chief financial officer.

Fried said in an Oct. 1 letter that her “administration will not be run by unelected special interests,” after reports of email exchanges between Hammer and Department of Agriculture and Consumer Services officials. But Hammer said in this week’s statement that she never got the letter from Fried.

“She gleefully told the news media she had ‘sent a letter to [Marion] Hammer’ in which she told me, ‘I won't be beholden to you,’ ” Hammer wrote. “The truth is Nikki Fried never sent such a letter to me —- this was nothing more than a political stunt.”

Fried, an attorney and lobbyist for the medical-marijuana industry from Fort Lauderdale, responded to Hammer’s missive as “yet another fraudulent scare tactic” that shows the gun-rights group is “worried because their grip on our state government is threatened.”

“I’m a gun owner, I support the Second Amendment and the right to self-defense,” Fried said in a statement this week. “I’m not running to take away anyone’s rights. These pathetic lies show just how desperate and worried the gun lobby has become.”

The department, in part, oversees the issuance of concealed-weapons licenses.

All three state Cabinet seats are being contested in the Nov. 6 elections, with only one incumbent, Republican Chief Financial Officer Jimmy Patronis, seeking to hang on to his job. The other two incumbents, Putnam and Attorney General Pam Bondi, face term limits.

Yet Floridians have been given little opportunity to hear the candidates present their ideas in side-by-side debates.

It’s almost as if the campaigns prefer being down-ballot coattail riders and are willing to take their chances that independent voters can be influenced by mailers and electronic ads.

The agriculture commissioner, attorney general and chief financial officer, along with the governor, have Cabinet duties that include overseeing departments managing law enforcement, land acquisition, insurance regulation, the pension system and the clemency process. Each of the Cabinet officers also heads a sprawling state agency.

Unlike in the CFO contest, the Republican and Democratic candidates for agriculture commissioner and attorney general agreed to debates —- one each, both held this week.

For those paying attention to the agriculture commissioner contest, the debate came at 8 a.m. Sunday during the first half of the hour-long news program “Facing South Florida” on CBS Miami. The station has posted the video online.

In the attorney-general contest, Shaw and Republican nominee Ashley Moody held an hour-long debate Tuesday night. Aired by Spectrum stations in Orlando and Tampa, the contest was available only to local cable customers.

Will Kuncz, a podcaster from St. Petersburg, tweeted, “Aw man, I’m a millennial, I don’t have cable,” after being advised by Spectrum Bay News 9 that “You'll need your Spectrum credentials to log in.”

This event was promoted by the First Amendment Foundation and is scheduled to be shown again Saturday night on the Tampa and Orlando stations.

Tallahassee resident Aliki Moncrief, executive director of the Florida Conservation Voters, bemoaned the lack of access to the debate.

“I am really bummed that the Attorney General debate is not televised statewide!” Moncrief tweeted Tuesday night. “It is an incredibly important office —- maybe we need legislation to ensure that all statewide debates are televised on @floridachannel?”

The candidates’ campaigns have repeatedly professed a desire for numerous debates, while claiming that they couldn’t reach agreements on locations and formats.

Some lawyers will probably miss the Florida Constitution Revision Commission.

The commission, which meets every 20 years, decided this spring to place eight proposed constitutional amendments on the November ballot. And then the legal battles started.

Seven of the eight proposals drew challenges, with the smoke finally settling Thursday when the Florida Supreme Court released a full opinion about why Amendment 6 will remain on the ballot. (The court last month announced its decision on Amendment 6, which would expand crime victims’ rights, but didn’t issue the full opinion.)

In the end, the Supreme Court only booted one of the commission’s proposed amendments off the ballot. That proposal, which would have appeared as Amendment 8, dealt with education issues, and a narrow majority of the court said the ballot wording was “defective.”