Band of the Week: Alien Witch 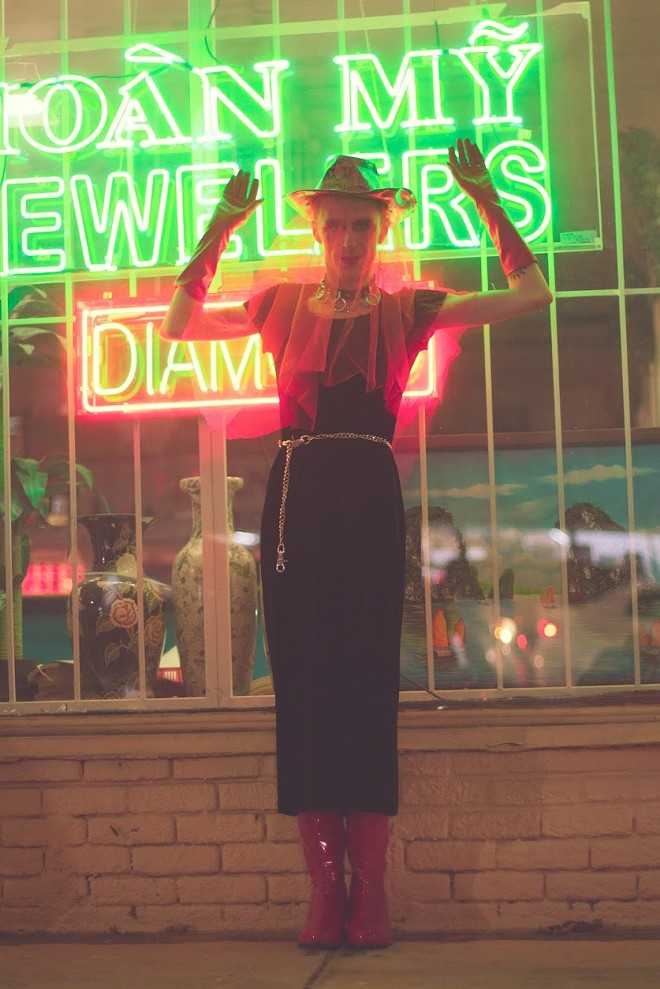 Welcome to Orlando Weekly's "Band of the Week." Every week, we highlight one of our favorite local bands. This week, we're pleased to bring you Alien Witch.

In their own words:

The band formed in early 2018. I, Dee Crittenden play guitar, synth, sing and program drum parts. Mauricio Reyes plays bass guitar and has been the only other constant member of this band in a live/studio setting. Currently for release on our Bandcamp, we have a lot of material released between early 2018 and now. The first record made for this band is called It’s Always November And It’s Raining And It’s 3:00 In The Morning. This record encompasses the dark feelings of the band and where I was at in my life at the time. We have other various EPs such as Pellucid and Phantasmagoria that give a glimpse into the range of our sound. We have an Instagram/Facebook and Bandcamp. We are playing at Will’s Pub on October 29th to close out the spookiest month of the year. Our sound in five words: Desolate Hallucinatory Nocturnal Subversive Phantasm. I would say our most memorable show so far was at The Anime Fun Shop, with Oracle Plus, Woven In and a few others. We had a keyboard player for that show, adding to the shimmering gloom of our sound. Mother Juno is one of our favorite artists to play with. MJ’s music his real and like technicolor in an otherwise stagnant and gray scene. If I had to say one thing that I’d like to correct people on about our band would be, that a goth band can’t be versatile or shape shifting. I just don’t like when people write off an artist as one genre or style. Art can be anything and no one gets to tell you how to do it. There are no limits and there are no laws. Everything you can consciously manifest, is possible. My favorite thing about playing in Orlando is the dichotomy or paradox of Disney World tourists rubbing elbows with street people, freaks and night crawlers. My least favorite thing about being an Orlando band is, sometimes we get put on a show, unknown to us, that some homophobes or abusers are also playing. I hate being around or associated with any of that negativity. I wish the music scene in Orlando, the venues and promoters wouldn’t turn their heads when they are told that someone they’ve put on a show, is an habitual offender/abuser/over all rotten piece of garbage. We have very strong opinions on this matter. The Witch does have some good stuff happening soon and are releasing our first official record, which is self titled, on Halloween. It’s pay-what-you-want on our Bandcamp or download for free. The record will be available 10/31/18. Also, there are some festivals this winter that Alien Witch will be playing, we are excited about that. Other than that, “falling in love and not getting arrested...”

The Heard alien witch band of the week