President Obama will rally for Democrats in Florida this Friday 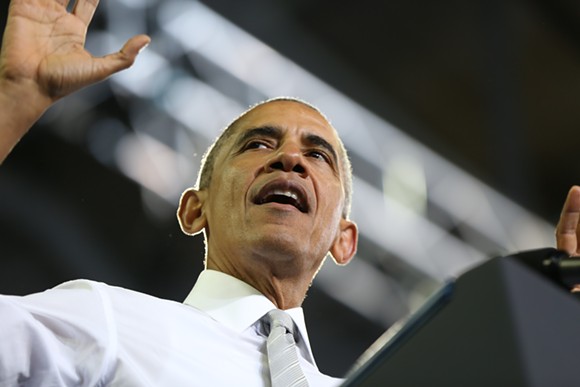 “I’m proud and humbled to have President Obama, my friend and a true patriot, on the campaign trail here in Florida,” Gillum said in a statement.

The Tallahassee mayor was one of dozens of progressive candidates nationwide to earn Obama's coveted support earlier this month. The former president has been touring the U.S. in recent weeks to marshal blue votes in local and state elections, most recently holding a rally in Milwaukee, where he slammed the GOP and the Trump administration over immigration and healthcare.

"Barack Obama has been my friend since I first introduced him to Florida in 2005, when he was a rising political star," Nelson said in a press release.

The Florida Democratic Party said RSVP information for Friday's Miami rally will be available in the coming days.

Meanwhile, President Trump will host two campaign rallies in Florida this week in a full-time bid to galvanize Republican voters around the country. Scott and DeSantis will join Trump on Halloween this Wednesday in Fort Myers before the president's second Florida rally in Pensacola on Saturday.