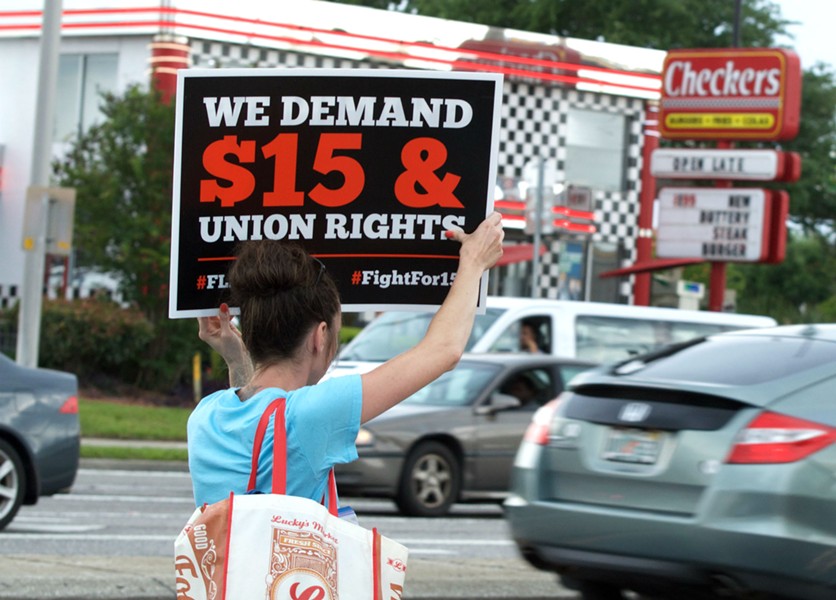 Bondi’s office and the business groups filed briefs arguing that the Supreme Court should uphold lower-court rulings that said a state law bars Miami Beach from gradually increasing its minimum wage to $13.31 an hour in 2021. The case also has drawn attention from local governments, which have sided with Miami Beach.

The legal battle stems, in part, from a 2004 voter-approved constitutional amendment that gave Florida a higher minimum wage than the federal rate. Bondi’s office and the business groups argue that another state law —- known as a preemption law —- effectively requires Florida’s minimum wage to be the same throughout the state and blocks local governments from passing higher rates.

Business groups and Bondi’s office challenged the Miami Beach ordinance and won in circuit court and the 3rd District Court of Appeal. That led Miami Beach to go to the Supreme Court, which decided by a 4-3 vote in August to take up the case. The Supreme Court has not scheduled oral arguments.

In a brief filed in September, Miami Beach attorneys said the drive to pass the 2004 constitutional amendment began after state lawmakers in 2003 approved a measure to preempt local minimum wages. The brief said passage of the constitutional amendment reflected a “deliberate intent of the voters to reject the ceiling imposed by the preemption statute and, instead, to create a locally improvable floor as the minimum wage paradigm of the state of Florida.”

“The (Supreme) Court need only look at the express language in the amendment and (the preemption law) to determine that their provisions can be read together without contradiction,” the business groups argued in their brief filed Monday. “There is no question that the amendment does not expressly prohibit the state Legislature from passing legislation that restricts the ability of local governments to enact minimum wages higher than the state wage.”